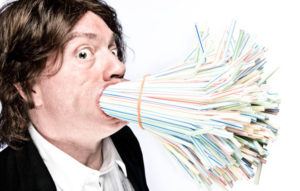 Not a majority of all straws in existence.

The Mesa County Republican Party held a gubernatorial forum on Thursday night in Grand Junction that attracted every major Republican candidate to town.

At some point during Thursday’s event, the Mesa County Republicans held a “straw poll” vote to express their preference among the GOP candidates for Governor. State Treasurer Walker Stapleton apparently won the most straws, and his campaign was quick to pound its chest in an email announcement:

Last night we attended the Mesa County GOP Governors Straw poll. I’m so humbled by all of the support our campaign received and really enjoyed the opportunity we had to share our campaign’s vision for renewing and inspiring strength in Colorado. 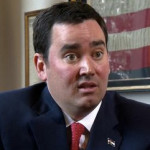 First off, it is a bit embarrassing for Colorado’s frigging STATE TREASURER to call this straw poll win a “sweeping majority.” Stapleton received 35 votes out of a total of 78, which works out to a little less than 45%. This is not a “sweeping majority” or even a regular plain-old “majority,” which can only occur when you receive more than half of the total votes cast. Stapleton’s margin here is what people who are supposed to be familiar with numbers — you know, like State Treasurers — would call a “plurality.” What we have here is some Donald Trump inauguration crowd math.

Now, as to the rest of the results…

Yes, straw polls are largely meaningless, but they can still provide some interesting information. The most curious number here — other than the 16 votes for Greg Lopez, which is about the same number of people who supported his 2016 U.S. Senate campaign — is the fact that Cynthia Coffman only managed to pick up one vote more than Steve Barlock. Coffman is the sitting Attorney General of Colorado, and Barlock is…some guy named Steve Barlock. Heck, even Mitt Romney’s Nephew got 5 votes, and nobody even knows his real name. This isn’t a definitive problem for Coffman, but it is another bad sign for a campaign that has been trending in the wrong direction since day one.