Cynthia Coffman is Just Not Good at This 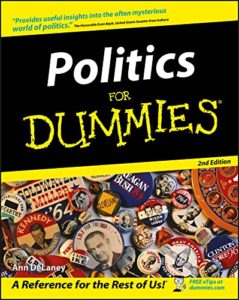 “Better Late Than Never” is not a recommended campaign slogan.

Colorado Attorney General Cynthia Coffman has almost been running for Governor for an entire month now. She’s still not getting any better at this politics thing.

We’ve talked before in this space about Coffman’s amazingly-terrible campaign for Governor, and the Colorado Independent gives us yet another example this week:

Days after it was reported that Cynthia Coffman, who is running for governor in Colorado, was one of only two Republican attorneys general who hadn’t signed a letter in support of an NRA-backed law to allow people with concealed weapons permits to carry hidden guns in any state, she said she supports it.

“Better late than never,” said David Kopel, a Colorado attorney who has written books and articles about gun laws and the Second Amendment and supports the federal legislation.

The U.S. House could vote on the Concealed Carry Reciprocity Act this week, just around the five-year anniversary of the Sandy Hook mass school shooting in Newtown, Connecticut, and as advocates for more regulation of firearms are holding vigils around the nation. The proposed law, which is a top priority for the National Rifle Association, would expand concealed carry rights from state to state.

As the Independent notes, the Salt Lake Tribune published a story on Saturday about Utah’s Republican Attorney General signing onto this letter to Congressional leaders in support of the Concealed Carry Reciprocity Act. The Tribune story reported that Coffman and Tennessee Attorney General Henry Slatery were the only two Republican AGs in the entire country who did not sign their names to the letter.

Someone with Coffman’s campaign apparently noticed this omission, and on Sunday Coffman sent off her own letter in support of the NRA-backed legislation. On Monday, Coffman promoted the letter from her personal/campaign Twitter account:

Republicans and Democrats in Congress must act to protect the 2nd Amendment. We shouldn’t have to forfeit our freedoms just because we cross a state line. Read my letter to Congress on #CCRA. #2A https://t.co/YQKD9tJxUG

The Independent writes that Coffman spokesperson Annie Skinner did not respond to an email asking why Coffman didn’t just sign onto the original letter dated December 1. If form holds, Coffman’s campaign will likely get back to the Independent sometime next week.