At Least He’s Not Your State Representative 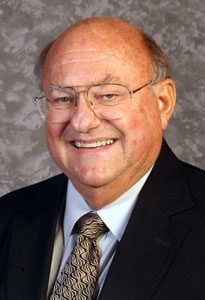 In another edition of our long-running series, “At Least He’s Not Your Legislator,” we take you to Kansas, where a Republican lawmaker adds a racist tone to a conversation about legal marijuana.

From the Garden City Telegram:

When Zach Worf, president of the Finney County Democrats, argued that legalizing marijuana could be a financial boon to cash-strapped Kansas, Alford told him he should look to the 1930s, the latter part of the prohibition era, for a history lesson. Alford said that a reason for the tightening grip on potential intoxicants at that time was to shield Americans from the consequences of drug abuse by “African Americans.”

“Basically any way you say it, marijuana is an entry drug into the higher drugs,” Alford said. “What you really need to do is go back in the ’30s, when they outlawed all types of drugs in Kansas (and) across the United States.

“What was the reason why they did that?” he continued to a crowd of about 60 people, none of whom were black. “One of the reasons why, I hate to say it, was that the African Americans, they were basically users and they basically responded the worst off to those drugs just because of their character makeup, their genetics and that. [Pols emphasis] And so basically what we’re trying to do is we’re trying to do a complete reverse with people not remembering what has happened in the past.”

No word on whether or not Alford is friends with Colorado State Sen. Vicki Marble, who thinks African-Americans eat too much chicken.