Kent Thiry: The Answer To Every Question Colorado Isn’t Asking 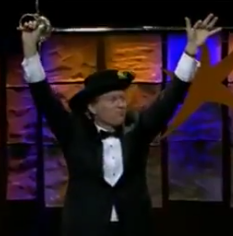 The Denver Post’s Mark Matthews reporting on a significant development announced yesterday by the Fair Districts Colorado campaign to put a measure on the 2018 ballot altering the state’s districting and reapportionment process–Kent Thiry, the would-be GOP gubernatorial candidate who bankrolled the controversial Propositions 107 and 108 last year scrambling party primaries, will put his…unique stamp on the once-again controversial attempt by political insiders to monkey with mapmaking:

Kent Thiry, the multimillionaire CEO of DaVita Inc., announced Wednesday that he would throw his weight — and presumably his wealth — behind an ongoing effort to change how Colorado draws the boundaries of statehouse and congressional seats.

His decision to join Fair Districts Colorado, which wants to transform the state’s redistricting process, comes a year after Thiry bankrolled a similar campaign — the passage of two ballot measures that gave unaffiliated voters the ability to participate in Democratic and Republican primaries.

Now Thiry, who briefly considered a Republican run for governor, wants to rewrite the rules again, even before Colorado fully understands the consequences of his last effort.

Thiry’s abortive GOP gubernatorial bid was thwarted in part by a round of absolutely horrible press for his kidney dialysis company DaVita, which included HBO’s John Oliver lampooning Thiry for comparing his dialysis centers to Taco Bell–which went over poorly when DaVita facilities were found to look and smell like a fast-food joint that’s not quite up to code. Thiry’s lack of political understanding kept him in self-consideration for that race much longer than he realistically should have been. Last year’s ballot measures opening up primaries to unaffiliated voters backed by Thiry has proven highly unwieldy to implement, and the full consequences won’t really be known until next year’s primaries.

But here’s the bottom line for today: a former Republican gubernatorial candidate just headlined a “nonpartisan” redistricting campaign that is quickly bleeding out its support from one side of the aisle. With that, what’s often referred to as a “stealth” Republican campaign by realpolitik observers becomes substantially less stealthy. On the upside, this allows GOP usual suspects like former House Speaker Frank McNulty and ex-Rep. Rob “The Blueprint” Witwer to be less coy about their own role in the campaign.

The downside is that, in terms of selling this as any kind of “bipartisan” measure, the game is now up.