No wedge issue here. We’re not happy with any government official taking money from the marijuana industry. Republican or Democrat.

Time for a conference call. 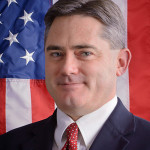 As the Grand Junction Sentinel’s Charles Ashby reports, some are calling it a groundbreaking moment while others cry hypocrisy–though we have yet to hear from such authoritative figures within the Republican Party as Attorney General Jeff “Reefer Madness” Sessions or locally the Centennial Institute’s famously anti-weed Jeff Hunt:

All the progress that legalized marijuana has made in Colorado is nothing compared to what is about to happen on Wednesday.

That’s when the marijuana industry will hold a political fundraiser for Republicans, many of whom opposed the legalization of personal use and retail sales of the drug five years ago…

The Republican group co-hosting the event at Denver’s Capitol Hill Tavern is the Senate Majority Fund, a political group that uses its money to support GOP candidates for the Colorado Senate, primarily through advertising.

The group’s aim is to make sure Republicans maintain their majority in the 35-member Senate, even if it’s only the one-vote lead it currently holds. 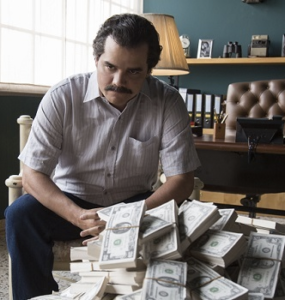 It’s important to note that, although elected officials on both sides were generally unsupportive of 2012’s Amendment 64, the vote in 2013 in the Colorado General Assembly on the legislation that enabled the constitutional amendment to take effect–House Bill 13-1317–was split closely along party lines in the House. GOP lawmakers like now-Sen. Chris Holbert, who is quoted in Ashby’s story saying Amendment 64 is the law and of course Republicans are duty-bound to uphold the will of the voters, actually voted against the legislation to let said voters’ will take effect.

Politically, it’s impossible to reconcile the Republican Senate Majority Fund holding a marijuana industry fundraiser with the overwhelming present-day consensus that the Republican Party is really not into the “devil weed.” In addition to Attorney General Jeff Sessions’ explicit threats to shut down not just recreational but also medical marijuana sales, local influentials like Jeff Hunt of the Centennial Institute have attracted much attention with their claims that legalization of marijuana has “devastated Colorado.” Not to mention 2013 recall agitator Jennifer Kerns’ ludicrous stories in The Blaze about “marijuana crack babies.”

Certainly we understand the marijuana industry’s desire to cultivate support (pun intended) on both sides of the aisle, so don’t mistake this for criticism of their efforts here–or the money they raise tomorrow night for Republican Senate candidates. The real question will be whether the substantial wing of the Republican Party that remains, in some cases fanatically, opposed to marijuana legalization is willing to tolerate Colorado Senate Republicans taking marijuana money.