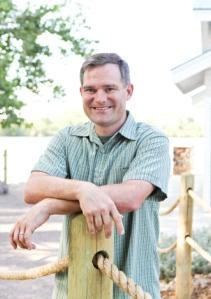 With the tragic passing of Justice Ruth Bader Ginsberg, and her replacement likely confirmed before Election Day, we will soon see a shocking reality:  Presidents who lost the popular vote will have appointed a majority of Supreme Court justices.  George W. Bush appointed two justices and Donald Trump reportedly has the votes in the Senate to appoint his third.

Nate Silver of fivethirtyeight.com projects that Joe Biden needs to win the popular vote nationally by more than 3 points to have even a 50-50 chance of winning the Electoral College.  Unlike any other election we have in this country, there is a good possibility the presidential candidate who earns the most popular votes will actually lose the election (again).

Chance of a Biden Electoral college win if he wins the popular vote by X points:

It doesn’t have to be this way.  The National Popular Vote, when enacted by enough states, will make sure the presidential candidate who earns the most popular votes throughout the country actually wins the election.  There will be no more of candidates focusing on a handful of competitive “swing” states at the expense of voters in Colorado and 40 other states across the country.  Presidential candidates will have to win the majority of popular votes in order to assume the office, just like every other elected official in the country.

People are fed up.  They are tired of not being heard.  That is especially true in communities of color, as outlined by a recent article in the Colorado Sun:

The winner of the popular vote has lost the Electoral College in two of the previous five presidential elections. The idea that a majority of voters don’t vote for the winner, she says, can undermine belief that the system is working, a sentiment that can be especially strong among people of color, whose votes have been intentionally suppressed for decades through poll taxes, literacy tests and other Jim Crow laws.

“That’s not good for our democracy and particularly people of color who have faced a long history of being very intentionally disenfranchised,” Gonzalez said. “Voter confidence in a system is particularly important.”

There are many ways we can channel that frustration into activism.  One of those is coming up on Colorado’s ballot this fall.  The Colorado legislature and Governor Polis made us part of the National Popular Vote agreement in 2019, and Proposition 113 asks voters to approve that decision.

Approval of Proposition 113 will keep Colorado as one of 15 states plus Washington D.C. in the National Popular Vote agreement.  It will take effect once enough states with 270 electoral votes come on board.  Already 2/3 of the necessary states have signed on, but dark money opponents affiliated with Cory Gardner are working hard to make sure that stops with Colorado.

For anyone asking “what can I do to make a difference” – one way is to make sure Coloradans vote YES on Proposition 113 this fall.  We can stop the assault on our democracy, but it begins with changing the way we elect the President.

Amendment 74 is one of the most dangerous ballot measures we have seen in Colorado for a long time.  It has largely flown under the radar despite its far-reaching implications, at least compared to the attention paid to several other ballot measures this year.  That is a big mistake.

Amendment 74 would fundamentally change the nature of land use policy and the duties of our local governments.  By inserting eleven words into Article II, Section 15 of the Colorado Constitution – “or reduced in fair market value by government law or regulation” – the Amendment would radically upend a century of established property takings law.

Amendment 74 is purportedly sponsored by the Colorado Farm Bureau, which claims current takings laws aren’t fair to property owners.  But not one farmer or rancher, the supposed constituency of the Colorado Farm Bureau, has contributed to the campaign supporting Amendment 74.  Rather, oil and gas companies have made up 99.9% of the $7 million contributed so far.  If passed, it would mean a handful of large corporations managed to buy a piece of our state Constitution.

And, what a purchase it would be.  The oil and gas companies’ campaign contributions would pale in comparison to the litigation and judgments unleashed by the passage of Amendment 74.  Any and every land use decision would be subject to a lawsuit.  Any land owner unhappy with a zoning decision could sue.  Either local governments will stop land use planning altogether (imagine chemical plants in the middle of neighborhoods or gun shops next to schools), or taxpayers will be on the hook for billions of dollars in judgments.

Oregon voters passed a similar version of Amendment 74 by statewide initiative in 2006.  As a result, 7,000 claims totaling $19.5 billion were filed against the state and local governments.  The voters realized their mistake and repealed it just three years later.  If Colorado suffers the same fate, it would be even tougher to call a similar mulligan here.  That’s because the oil and gas industry-funded “Raise the Bar” Amendment 71 two years ago made signature gathering for constitutional amendments (or repeals of those amendments) prohibitively expensive for anyone other than the wealthiest groups or corporations.

When opposition to a ballot measure runs from John Suthers to John Hickenlooper, from Club 20 and the Denver Metro Chamber of Commerce to the Sierra Club, and from the Grand Junction Sentinel to the Boulder Daily Camera, you know it is fatally flawed.

I’ve dealt with my fair share of half-truths and hidden agendas during my six years at the state legislature, but Amendment 74 takes the cake in both of those categories.  It is a dangerous overreach that would gut environmental protections and eliminate rational land use planning.  Don’t let this amendment sneak into our Constitution.  Spread the word against Amendment 74 like your neighborhood depends on it.