Erica Shields and the “Freedom Blanket” 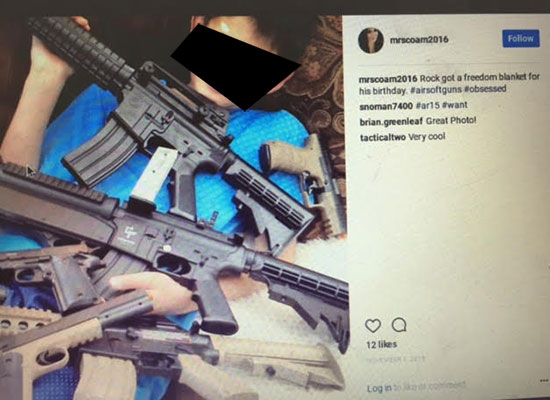 This photo of a “Freedom Blanket” was posted in November 2015 on the Instagram account of Erica Shields, a Republican running for Jefferson County School Board in District 2 against incumbent Democrat Susan Harmon. 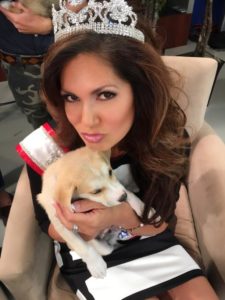 You’re not seeing things — this is an actual social media post by an actual Republican candidate for school board in Jefferson County, which is where the Columbine school massacre took place in 1999. We obscured the face of the boy in the photo because it’s not his fault that his mom thought that this would be a good thing to put out on the Internet tubes.

Shields posts on Instagram and Twitter under the handle “mrscoam2016,” a reference to the fact that she was the 2016 “Mrs. Colorado America,” which is apparently a thing. As of September 2017, she also started posting under the handle “@EricaforKids.”

As the Lakewood Sentinel reported in mid-September, Shields fancies herself as a “public health educator.” Judging by her social media accounts, this is a fancy way of saying that she is a personal trainer/yoga instructor:

Shields, a Jeffco mom, describes her work as being a “public health educator,” who advocates for childhood causes including fitness, resiliency, pediatric cancer, child abuse and neglect, and education.

“Over the last year, I have spent a significant amount of time volunteering in schools which serve high populations of students from families living below poverty,” Shields said. “I have seen the incredible needs in these schools. I have learned not every student in Jeffco has the same opportunities despite the billion dollars we spend each year. I am running to be sure we focus on improving opportunities for all students so that they can be better prepared for college or career.”

According to the Sentinel, Shields opposes closing schools, opposes the idea of moving sixth-graders to middle school, and wants to “attract and retain great teachers and staff.” It’s fun to come out against cuts of any kind when you don’t have to actually worry about a budget.