Treasurer Walker Stapleton made his long-awaited (understatement) entry into the GOP gubernatorial primary official this weekend, launching his campaign with a new website and a flattering story from Joey Bunch of the Phil Anschutz-owned Colorado Springs Gazette: 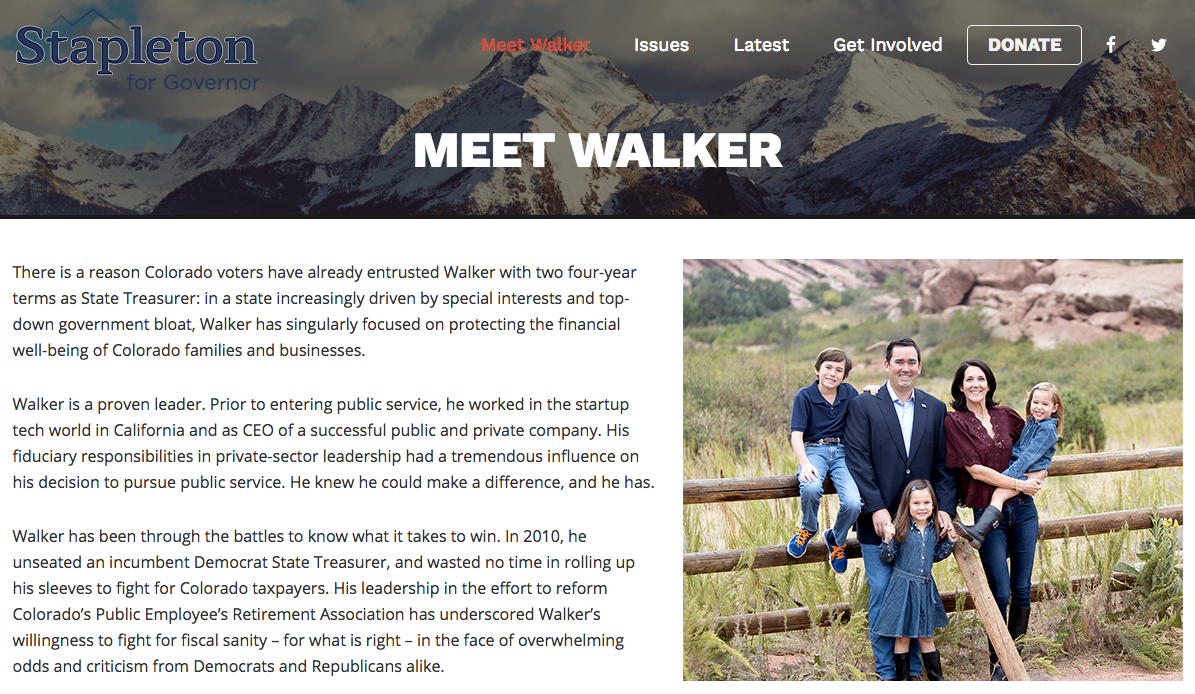 In 2011, when Standard and Poors downgraded U.S. credit ratings, county treasurers found themselves no longer able to invest their county’s tax dollars into U.S. bonds, costing counties across Colorado and the nation millions of dollars. Walker immediately recognized the real ramifications that this would have on Colorado communities, and in collaboration with county treasurers across the state, led the passage of bipartisan legislation to allow Colorado counties to continue to invest in U.S. Treasuries. Doing so saved Colorado communities millions of dollars.

Every single year that Walker has been charged with investing Coloradans’ tax dollars, the state has made money and beat investment benchmarks. None of these efforts were lost on Colorado voters, who in 2014 comfortably reelected Walker for a second term as State Treasurer.

His willingness to fight for the financial security of Coloradans has extended far beyond his official capacity as a statewide elected official. In 2013, Walker led the fight to defeat Amendment 66, a proposed billion-dollar tax increase that provided no safeguards for where Coloradans’ hard-earned tax dollars would have been allocated. The measure failed by a nearly two-to-one margin, reflecting what Walker has and continues to believe: at its core, Colorado is a fiscally conservative state with economically responsible voters.

In 2016, an even more fiscally irresponsible measure landed on Colorado ballots: Amendment 69 would have created a single-payer health care system in Colorado at a staggering $25 billion price tag, per year. Walker, understanding such a tax increase would have crushed Colorado families, went to battle for the state’s taxpayers, traveling the state to warn communities of the consequences of such a disastrous proposal. His message resonated with Colorado voters, who rejected Amendment 69 by a more than three-to-one margin. 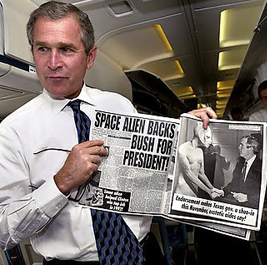 You think we’re kidding about the aliens, don’t you?

Stapleton’s controversial fundraising strategy over the summer, which basically made a mockery of the rules meant to separate candidates from the “independent” supporting efforts on their behalf, made this weekend’s announcement much less suspenseful. With that said, it’s widely expected that Stapleton will lead the GOP field in the governor’s race, with a nationwide–or worldwide, maybe even including the aliens depending on your particular flavor of Bush family conspiracy theory–backfield of support.

Stapleton’s dark-horse stalking of the gubernatorial race is also a major reason why other candidates have found it difficult to raise funds and buy up the experienced campaign staff needed to win the gubernatorial primary. This has perhaps been hardest on Arapahoe County DA George Brauchler, whose candidacy has struggled badly in the vacuum created by Stapleton’s looming bid. The biggest remaining piece of the puzzle in this race is the still-uncertain entry of Attorney General Cynthia Coffman, who faces an uphill battle in a Republican primary expected to trend rightward on just about every issue. With Stapleton now official in the race, Coffman’s moment to “put up or shut up” has arrived.

The buzz for today? Stapleton and upstart millionaire Victor “Nice Trump” Mitchell. Slugging it out.