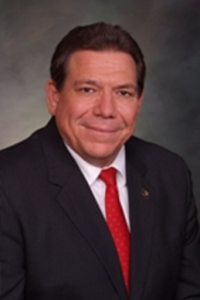 Heads up readers, the Grand Junction Sentinel’s Charles Ashby dropped a bit of a bombshell on the GOP-controlled Colorado Senate this weekend:

State Sen. Ray Scott is embroiled in a legal battle that pits allegations the lawmaker was run out of the fireplace sales business against claims he consistently was late in making payments, accepted money from customers but delayed placing their orders and threatened to use his elected position against the fireplace manufacturer.

In a lawsuit filed in U.S. District Court in Denver last year, the Grand Junction Republican alleges Montigo Del Ray Corp., the fireplace company for which his Grand Junction-based business, Gas Products Corp., was the sole manufacturer’s representative, unfairly ended its relationship with him and gave its exclusive distributorship to the second company named in the lawsuit, California-based BTU Marketing LLC.

Scott filed his lawsuit after Montigo made several attempts to collect payments it claims Scott’s company owed. Not long after those collection attempts, Scott sent an email threatening to use his position in the Legislature against the manufacturer.

“I would think that someone who could protect your interest in this market and who serves on the energy commission would be a huge benefit, or I guess could be a huge problem under the right circumstances,” [Pols emphasis] Scott wrote to Montigo executive Scott Baron in September 2012, a month after his distributor contract was terminated. “Wow. Now politics enters the picture, didn’t expect that one.”

So needless to say, folks, this is really bad for Sen. Scott if true. If misusing one’s public elected position to threaten private business associates doesn’t meet the test for official misconduct, it’s very difficult to imagine what would. The closest parallel to this situation we can recall in Colorado politics, and it’s not nearly as bad, would be ex-Sen. Deanna Hanna’s request for “reparations” from a trade group after they donated to her unsuccessful opponent. That wasn’t good, but this is far, far worse–and you’ll recall that incident cost Sen. Hanna her seat within a matter of days.

We’ll have to see what happens here, but there’s a scenario in which Sen. Scott’s political career rapidly winds down.