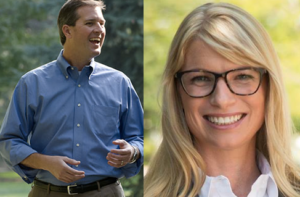 The campaign says fundraising was driven by grassroots and in-state donations, with 536 donors. More than 85 percent came from within Colorado. Almost three-fourths of the donations were under $100, according to the campaign…

The other two Democrats running for the seat are Rep. Brittany Pettersen of Lakewood and Sen. Dominick Moreno of Commerce City.

Pettersen earlier this week reported raising more than $170,000 in her first fundraising period. Her campaign said fundraising was restricted by her work in the legislature this year, with more than 80 percent of donations coming after the conclusion of the legislative session in May.

Obviously, Rep. Pettersen comes out on top and that’s the headline. With that said, in all three cases fundraising was hampered by our state’s strict prohibitions on fundraising by serving state lawmakers during the legislative session. It’s also true that fundraising in a contested primary is harder than the general election, as donors are more cautious about making an investment that goes nowhere. We do expect these numbers to rise in future quarters for all three candidates now that the legislative session is behind us, and that’s when we’ll be watching to see a spread emerge to tell us who is definitively pulling ahead. Before then, detailed reports we should see next week will tell us more about where the money is coming from and how it’s being spent by the candidates.

Bottom line: nobody’s out of the running yet. From here, we can watch to establish the trend.