The Republican Healthcare Bill is a Steaming Pile of Crap

UPDATE: Congress has approved Trumpcare 2.0 by a narrow margin of 217-213, and will now (of course) take its two-week recess. Here’s how Colorado’s delegation voted on the measure: 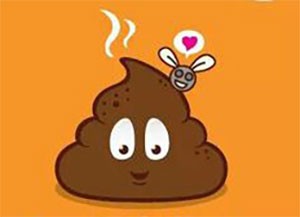 As you may have heard, Congressional Republicans are preparing to vote today on the GOP’s latest attempt to repeal and destroy Obamacare.

You can call it the American Health Care Act (AHCA) or Trumpcare. Or, you can just call it a Steaming Pile of Crap. Whatever you call it, we know that most Americans don’t want it and actually prefer Obamacare.

Here are some things you should know…

How much will the GOP healthcare plan cost, and how many Americans will lose health insurance coverage if it is implemented?

Republicans are pushing for a vote today on legislation that has yet to even receive an official score from the Congressional Budget Office (CBO). News organizations and pundits have been left with trying to sketch out the potential impact on their own.

It seems all but certain that any new score from the CBO won’t be any better than the last time they reviewed a GOP healthcare plan — in March, the CBO found that at least 24 million Americans would lose healthcare access under the AHCA.

Are House Republicans really going to vote on legislation that many of them apparently haven’t even seen yet?

It sure looks that way. As the Washington Post and other outlets have reported, many Republican Members of Congress have yet to even see the proposed legislation, yet GOP leadership believes it has the votes to pass the measure today. Republicans are rushing to call a vote on the bill because they think they have the votes to pass something — anything — related to repealing Obamacare.

If House Republicans were scrambling to vote on a bill that overhauls the health care system before receiving a CBO score, that alone would be astonishing. But no one should lose sight of the fact that the Republicans’ American Health Care Act has also faced no meaningful scrutiny from lawmakers themselves: there have been no public hearings, no testimony from experts, and no public debate.

Adding insult to injury, the legislation that’s scheduled to receive a floor vote in about five hours wasn’t circulated to members yesterday or published online for Americans to review. Take a moment to consider why Republican leaders in the House wouldn’t want anyone – the media, industry experts, voters, or even their own GOP colleagues – to be able to read the legislation in advance.

This is a bill that, if implemented, would affect one-sixth of the world’s largest economy. It’s being rushed through the House in a way that wouldn’t meet the standards of an elementary school’s student government.

What happens if House Republicans approve the bill?

The current GOP healthcare bill is believed to be DOA in the Senate. It’s possible Congressional Republicans are merely trying to kick the can to the upper chamber so they can stop dealing with it for awhile; the House GOP may also be hoping that the Senate can make the legislation more reasonable and then they can work out the details later.

Many Republicans, including President Trump and Colorado Rep. Scott Tipton, had pledged to protect pre-existing conditions — what happened?

They lied to you. There’s no other honest way to answer this question.

As many as one-half of all non-elderly Americans are believed to have some sort of pre-existing condition that would make it very difficult to acquire health insurance at anything resembling a reasonable cost under the current GOP legislation.

Who benefits from the Republican healthcare bill (other than insurance companies)?

Young, healthy Americans who are wealthier than the average person will make out just fine. Everybody else is hosed. As NBC News explains:

Older patients on the individual insurance market would see big spikes in their premiums, while lower-income families would face higher deductibles and out-of-pocket costs. In a widely cited finding by the CBO, a 64-year old making $26,500 a year would have seen their annual premiums shoot up by $12,900 on average and received less comprehensive insurance under the March version of the bill.

It’s not entirely clear how the newer bill would change that calculus, but there’s not much to indicate the situation for lower-income families or older consumers would be significantly improved and they’d be more vulnerable than other groups to any changes to pre-existing condition protections.

Large numbers of Medicaid patients would lose their coverage: 14 million fewer people would be on the program after a decade, according to CBO. States may have to reduce Medicaid in response in response to cuts as well, which could disproportionately impact seniors and people with disabilities.

Should I be angry about this?