Act before it’s too late for overtime pay! 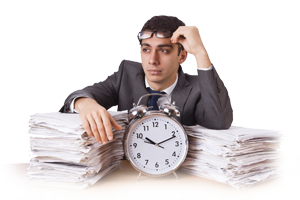 Yesterday, a federal judge in Texas “temporarily” blocked President Barack Obama’s new overtime rules, which would have given millions of the hardest-working Americans a fairer deal for the long hours they put in. Preventing the new overtime rule from taking effect means the next President avoids the blame for taking millions of dollars in earnings away from American workers who need it most.

It’s a terrible swindle just in time to get buried by a long holiday weekend.

We’re running out of time to fix this before President Obama leaves office. This misguided ruling must be reversed now. Sign our petition: tell the Obama administration’s Labor Department to immediately appeal to a higher court and fight to the last day they’re in office.

The rules governing overtime pay for millions of salaried American workers haven’t been updated in 40 years. That’s the reason workers making as little as $24,000 a year can be exempted from overtime laws. The new rules would have put money into the pockets of over four million middle class working Americans starting December 1st.

Now it’s not going to happen, and we have to speak out. Salaried workers making between $25,000 and $50,000 per year are the heart of our economy–the next aspiring middle class, young families and professionals, made up of Americans of every ethnicity and background. If we can’t protect the American Dream for these hardworking Americans putting in 60, 70 or more hours per week thanklessly, what kind of country are we going to leave to the next generation?

Help us send the message right now that our fellow Americans deserve better. Tell President Obama’s Labor Department to do whatever it takes to implement the new overtime pay rule.

Thank you for taking action on this critical issue.