The Orange Man and the White Nationalist 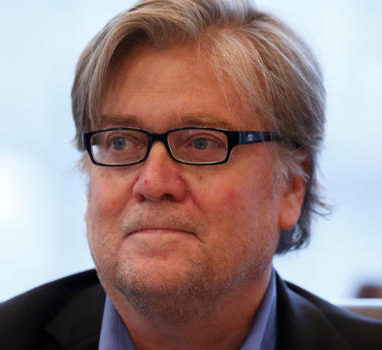 President-elect Donald Trump has filled two of the most important staffing decisions of his administration. The news is…disconcerting, to say the least.

On Sunday, Trump announced that Republican Party Chairman Reince Preibus will serve as his Chief of Staff and Steve Bannon will fill the role of chief strategist and senior counselor. As CNN reports on the Sunday news release:

It’s an unusual arrangement that could create two power centers in the new White House, one around the Republican establishment and one connected to the far right and more controversial wing of conservatism. The campaign statement, which listed Bannon’s role first, referred to the two men as “equal partners.” [Pols emphasis]

“Bannon and Priebus will continue the effective leadership team they formed during the campaign, working as equal partners to transform the federal government, making it much more efficient, effective and productive,” it said.

Trump’s decision to hire Priebus as his Chief of Staff is interesting, but it is Bannon whose high-placed position is raising concerns across the globe. As the Washington Post reports:

A chorus of advocacy groups, commentators and congressional Democrats denounced Bannon as a proponent of racist, anti-Semitic and misogynistic views as Trump began his first full week as president-elect…

…“It is easy to see why the KKK views Trump as their champion when Trump appoints one of the foremost peddlers of White Supremacist themes and rhetoric as his top aide. Bannon was ‘the main driver behind Breitbart becoming a white ethno-nationalist propaganda mill,’ according to the Southern Poverty Law Center.”

The statement echoed sentiments from leaders of the Anti-Defamation League, the NAACP, other Capitol Hill Democrats and some Republican Trump critics such as Weekly Standard editor Bill Kristol, who tweeted: “Is there precedent for such a disreputable & unstable extremist in [White House] senior ranks before Bannon?”

Concern about Bannon’s influence in a Trump administration is not something that should be relegated to the bin of partisan bickering. Bannon is an unabashed anti-Semite who has a long and troubling history of projecting white nationalist views and racist sentiments. It doesn’t require much effort to come up with disconcerting news about Bannon; here’s just a brief snippet from a different Washington Post story in August when Bannon began to take on a more formal role in the Trump campaign:

Bannon, who had been publisher of the far-right website Breitbart, has called the pope a “commie” and said Catholics are trying to boost Hispanic immigration because their “church is dying.” He called Gabby Giffords, a former congresswoman who was shot in the head, a “human shield” and the mayor of London a “radical Muslim.” Hillary Clinton, in Bannon’s telling, is a “grifter” who would take the country to the “last days of Sodom.”

It’s not a coincidence that the Ku Klux Klan is absolutely giddy over Trump’s election as President. If there is a silver lining to the news about Bannon’s appointment, we’ll be sure to let you know as soon as we find it.