(Credit where due – Promoted by Colorado Pols) 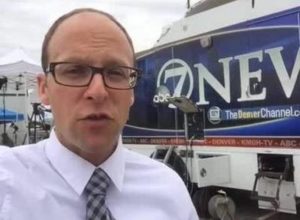 Here are my favorite election stories by local journalists:

Denver 7’s Marshall Zelinger of course gets the top prize in both the journalism and entertainment categories. His series of stories showing forged signatures on the ballot-access petitions of former GOP state Rep. Jon Keyser had a game-changing impact on Colorado’s U.S. Senate race and reflected everything you want from journalism, especially at a time when it’s going to the dogs. (Don’t miss your chance to see Zelinger’s Keyser interview again here.)

Without the state-senate campaign coverage by Marianne Goodland at the Colorado Independent and Ernest Luning and John Tomasic at the Colorado Statesman, we would’ve had little reporting—until the final weeks—on the key state senate races that will determine control of Colorado government. Other outlets weighed late, which is great, but these races were so pivotal and important to the entire state this year, they deserved the early and sustained focus they got only from the Statesman and the Independent.

The Denver media’s political-ad fact-checkers have my eternal admiration because their job is tedious and difficult but really valuable. So, a shout out to Denver 7’s Alan Gathright, The Denver Post, 9News’ Brandon Rittiman, and  CBS 4’s Shaun Boyd. Reporters, like the Grand Junction Sentinel’s Charles Ashby, who dip into this territory, deserve credit too.

She got ribbed by fellow reporters for burying the lede, but former CO Springs Gazette reporter Megan Schrader gets credit for reporting U.S. Senator Cory Gardner’s off-the-cuff comment that he planned to vote for Trump after all. The story generated national buzz and shows what’s lost as we shed campaign-trail journalism.

The Colorado Independent’s Corey Hutchins’ story about anonymous campaign flyers may later play a role, in a small way, in a legislative fix that all sides would welcome.

I thought the debates moderated by 9News’ Kyle Clark and Rittiman were particularly informative.

It’s the little things that can make politics fun, so hats off to Molly Morrison at KRDO-TV in Colorado Springs for revealing that Trump was rescued by the Springs’ Fire Department after the head-strong mogul had insulted the Springs’ fire marshal. Nice.

Kudos to 9News‘ Rittiman and Denver’s 7‘s Zelinger for asking U.S. Rep. Mike Coffman, after he released an ad critical of Trump in August, who he’d vote for. The fallout from his response—that Coffman would still consider voting for Trump or for the Libertarian candidate–got national coverage. And it t turned out to be a harbinger of Coffman’s troubles later, as he’s tried to both support and oppose Trump at the same time, ultimately opposing Trump. We all love it when journalists follow up beyond the canned statements and ads.

Finally, can you beat the editorials in the Aurora Sentinel? No. Even if you like U.S. Rep. Mike Coffman (R-CO), you still have to love the writing in the Sentinel’s endorsement of his Democratic opponent Morgan Carroll, as well as the fire in its other editorials on any political topic.