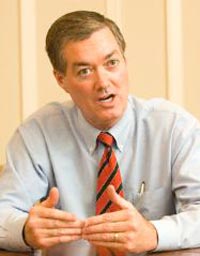 Former Colorado Gov. Bill Owens on Tuesday issued a sharp rebuke of Donald Trump, calling him a “charlatan” who is hurting the Republican Party.

Owens, a Republican and two-term Colorado governor, said the party “has been temporarily captured by a narcissist who will throw us aside after doing his best to destroy us, just as he has thrown aside so many of his properties and ventures.”

Here’s the full statement from former Colorado Gov. Bill Owens, as posted to his Facebook page:

Our great Republican Party is under attack by a charlatan, Donald Trump. Our Party—the Party of Lincoln and Teddy Roosevelt and Eisenhower and Reagan (and in Colorado of Ralph Carr , Hank Brown and Bill Armstrong) has been temporarily captured by a narcissist who will throw us aside after doing his best to destroy us, just as he has thrown aside so many of his properties and ventures. Our challenge as Republicans between now and November 8 is to do everything possible to hold our majorities in the US Senate, the US House, and our majorities among the Governors, State Legislatures, and yes even down to the level of County Commissioner. And after November 8 we must rebuild at the Presidential level so that we can once again give Americans a legitimate choice for President. We have done so in the past and our Country needs us to do so again in the future.

Pretty unequivocal statement from the last Republican governor of Colorado. But Owens’ view is hardly unanimous–even, it appears, within Colorado’s extended GOP “First Family.” As this photo from earlier in the month of October makes clear: 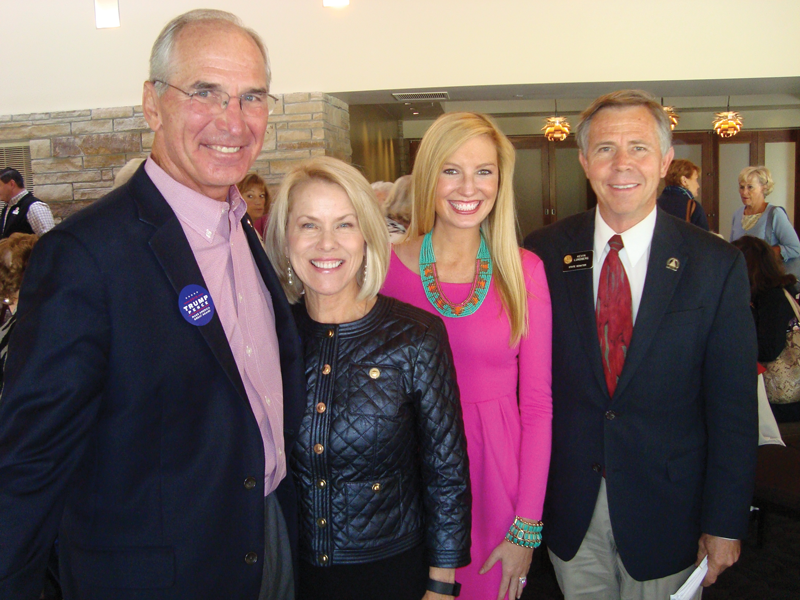 For the uninitiated, the man on the left is former Republican Congressman Bob Beauprez–the man who lost to Gov. John Hickenlooper in 2014, and also who failed to hold the governor’s office when Owens was termed out in 2006. Second from Beauprez’s right in this photo is Monica Owens-Beauprez, the daughter of Gov. Owens now married to the son of former Rep. Beauprez.

Beauprez, as you can see, is riding the Trump Train.

Obviously, we’re not present for the dinner-table discussion about Trump going on in Colorado Republican households over the last few tumultuous days, but we’d love to know what Beauprez’s current thinking on the presidential race is! Has Trump’s disastrous week changed Beauprez’s mind? After all, Beauprez earned the nickname “Both Ways Bob” on the campaign trail for his infamous flip-flops on a wide variety of issues.

With every Colorado Republican flipping and flopping over Trump, you might call “Both Ways Bob” a bellwether.