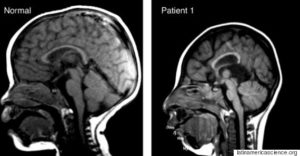 Ken Buck and other House Republicans are using the Zika crisis to advance their anti-choice, anti-woman agenda. And, as is often the case, he is blaming the Democrats.

Congressman Buck is already on record as opposing abortion in cases of rape and incest. Now, the House version of the Zika bill, which Ken Buck supports, makes it clear that Republicans also oppose family planning in cases of Zika, microcephaly, and other severe Zika-related birth defects.

The $1.1 billion House bill – almost a billion dollars short of the $1.9 billion requested by the President – includes no money for contraceptives or condoms and no funding for a Planned Parenthood facility in Puerto Rico, one of the areas hardest hit by the virus. Instead, the bill provides for after-the-fact health care, including pediatric subspecialty care, for mothers, children and others experiencing complications from Zika. Let’s hope that this care includes ongoing counseling and financial support for parents who will be faced with raising a severely handicapped child. Microcephaly is a lifelong condition and is associated with developmental delays, intellectual disabilities, problems with hearing and vision, and other problems.

Federal law already prohibits the use of federal funds for abortions. Any money that would have gone to Planned Parenthood would, by law, be limited to educational materials, examinations, and contraceptives. None of the money included in any Zika-related legislation would or could have been used to pay for abortions. House Republicans are using Zika to achieve the political objective of defunding Planned Parenthood.

As is often the case, Ken Buck is using political spin to create a wedge and divide voters. According to Mr. Buck, “(The Democrat’s) complaint stems from the bill’s plan to fund eight community health centers instead of one Planned Parenthood affiliate on the island of Puerto Rico.” Mr. Buck presents a false choice, an “either / or” situation where one need not exist. We need community health centers and Planned Parenthood facilities. This makes about as much sense as saying that you can’t have a heart but you can have two kidneys.

Democrats do not object to the funding of community health centers. Far from it. Democrats have always advocated for community health centers as part of an overall public health policy. However, the health centers in the Republican plan are not equipped to help a woman who has decided to terminate her pregnancy. These facilities may or may not provide contraceptives or reproductive counseling to clients. Without Planned Parenthood, many of these women will be forced to choose unsafe options that could put their lives at risk.

At least two Republican Senators – Sen. Marco Rubio of Florida and Sen. Mark Kirk of Illinois – have indicated that they would support a Zika bill that includes funding for Planned Parenthood. Ken Buck, however, is not known for trying to find a workable compromise.

Once again, Congressman Buck is putting his agenda and the need to play to his base ahead of the needs of families.

Bob Seay is the Democratic candidate for Congress for Colorado’s Fourth Congressional District. His website is at BobForColorado.org

About Bob Seay for Colorado

I am a high school music teacher in Lamar, Colorado. I am also the Secretary of the Colorado Democratic Party and a former congressional candidate. The opinions expressed here are my own.
View all posts by Bob Seay for Colorado →