Caption This: Donald Trump Jr. Needs To Return Some Videotapes

A photo from this week’s campaign swing through Denver by Donald Trump, Junior: 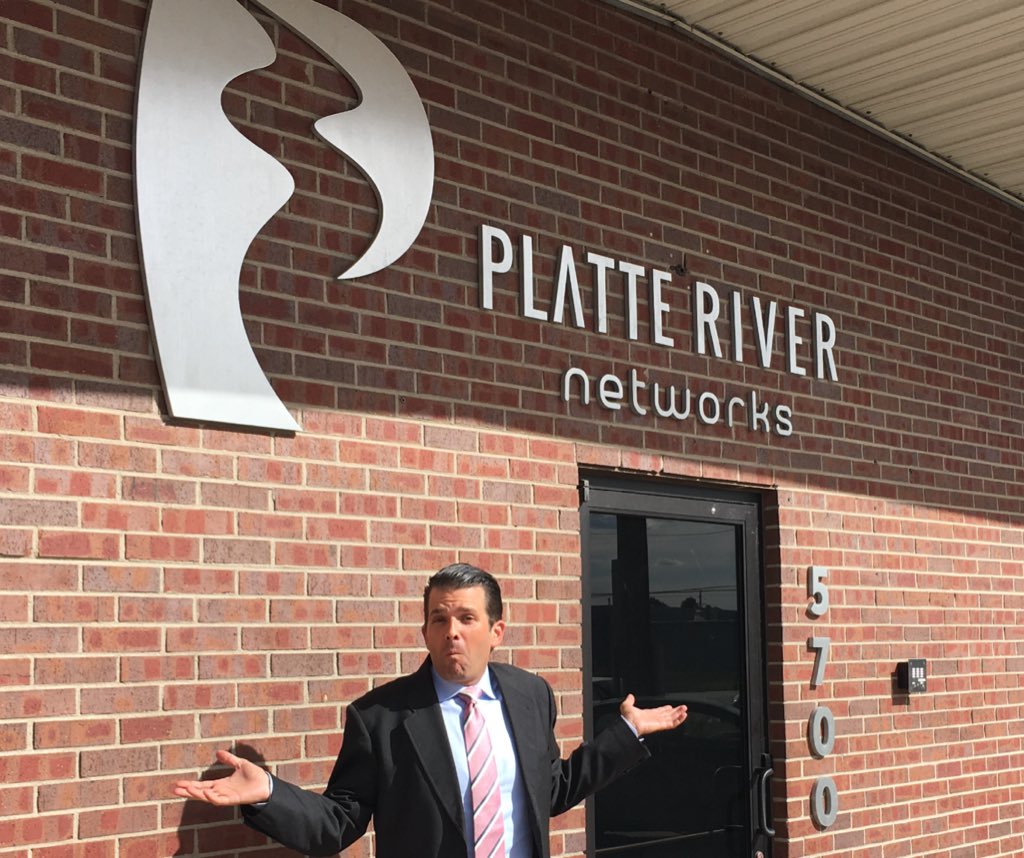 According to his Tweet, Trump Junior showed up at Platte River Networks looking for (you guessed it) Hillary Clinton’s emails! Upon discovering that emails aren’t thrown away in dumpsters or stored in any, you know, physically observable way, we assume he left–but not before this photo that we expect would be Photoshopped into pretty funny stuff if Junior merited the attention.

Junior looks like he’s trying to say something else too. Help us figure out what it is in comments.