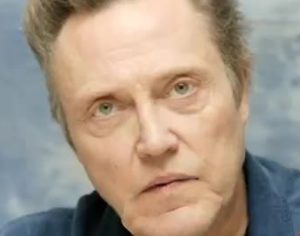 Really? THIS is your message?

As Joey Bunch writes for the Denver Post today, the campaign for Rep. Mike Coffman (R-Aurora) is running a new radio ad attacking Democratic opponent Morgan Carroll for, um, having an occupation outside of politics.

Coffman’s campaign is spending $45,000 on radio ads to deliver this message:

“Search for yourself: Morgan Carroll, state senator… and Morgan Carroll, personal injury lawyer… it’s all there.  Conflicts of interest.  An odor of corruption.  And with Carroll’s history working for some of the most notorious law firms in the state – that should scare us all.

Okay, what year is this? Did we somehow travel back to 2002? You’re really going to base an entire attack ad on the premise that your opponent is a trial lawyer?

But…but…”search for yourself,” says Coffman’s ad.

Here’s what comes up when you search for “Morgan Carroll”: 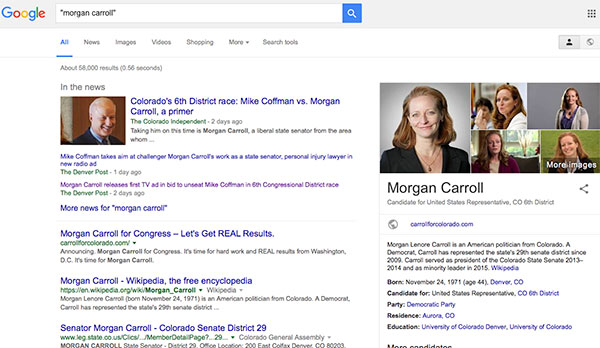 Dangit! Where is all of this information about scary trial lawyer Morgan Carroll? Are we using the wrong Internet?

“Mike Coffman is attacking people with disabilities like Linda Salyers whom Morgan has spent her career fighting for. Morgan has never personally benefited or profited from any bill — ever. But facts don’t matter to Mike Coffman and Donald Trump. Unfortunately, this is the type of gutter politics that can be expected from a man who lacks the moral courage to denounce Donald Trump even after he mocked people with disabilities. This whole thing wreaks of desperation, and quite frankly, it says a lot about Mike Coffman’s character.”