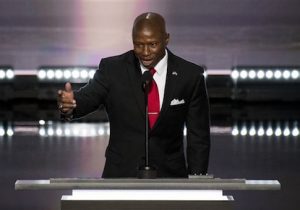 The Denver Post’s John Frank put out a very good story over the weekend, finally giving voice in major media to something political insiders in the state have known for going on two months now: Republican U.S. Senate candidate Darryl Glenn’s campaign has fallen even flatter than Democrats could have hoped since winning the primary.

In convincing fashion, Glenn won the five-way Republican primary in June and scored a coveted speaking slot at the Republican National Convention in Cleveland. But now he appears to have lost any momentum behind his campaign and the national party is offering only modest help.

The missed opportunity to hold Bennet accountable for supporting the Iran nuclear deal is an often-cited example. Another: Glenn’s apparent inability to reach beyond Republican voters.

“Part of what a candidate has to accomplish after a primary is to convince people you can win and Darryl hasn’t done that yet,” said Josh Penry, a prominent Republican strategist in Colorado who is not involved in the race…

Two months later, Glenn’s schedule suggests he remains focused on winning his party’s support, leading more than one GOP consultant to joke that he is still pursuing the Republican nomination, rather than a general election win. [Pols emphasis]

Once the first choice of both local and national Republican strategists to take on incumbent Democratic Sen. Michael Bennet, half-term state Rep. Jon Keyser self-destructed in a petition fraud scandal, Republicans had no obvious top contender to rally around in the U.S. Senate race. Alternative candidates like Robert Blaha and Jack Graham tried and failed to fill the vacuum created by Keyser’s self-destruction, while other possible contenders were eliminated at the state assembly by Glenn’s fiery address and subsequent domination of the assembly vote.

Since winning the assembly and then the primary, Glenn has struggled in just about every arena as a candidate: from raising money to handling the most basic questions about his background. Virtually every national political journalist, pundit, and odd-making site has written off Glenn by now, with the New York Times now giving Bennet over a 99% chance of being re-elected. In a flash, what was once considered one of the GOP’s only chances for a U.S. Senate pickup in 2016 has basically come off the table.

For Republicans already reeling from Trump’s disastrous presidential campaign, this means that in Colorado, they have no statewide campaign to rally around. It’s one thing to “insulate the down-ballot” from the effects of a weak candidate at the top of the ticket, but in Colorado there are two such candidates–meaning nothing to coalesce around until the congressional races.

We can’t predict at this point what the full effect of this unprecedented weakness for Republicans in Colorado, but there’s little question that Glenn’s failure to thrive complicates GOTV efforts for the GOP in this state even further. Glenn’s emergent weakness could be the tipping point that sends undecided and independent Colorado voters flocking to the other side–or at the very least, prevents many conservative voters from caring about the outcome. If you’re Rep. Mike Coffman or any other vulnerable Republican in Colorado, you don’t want that.

The last thing Republicans need is for this year to get worse, but Glenn’s collapse could have precisely that effect.