Liberal Groups To Come Out Against “ColoradoCare” 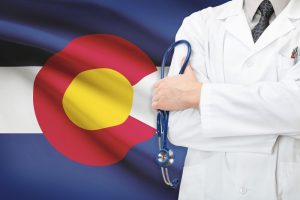 A press release from the opposition group to Amendment 69, the ColoradoCare single-payer health care initiative, announces a press conference tomorrow opposing the measure headlined by progressive groups and Democratic lawmakers:

A group of Colorado progressive leaders, including a number of state lawmakers and legislative candidates, will announce their opposition to Amendment 69, also known as ColoradoCare. The group will hold a news conference on Wednesday, August 17 at 10 a.m. at the offices of ProgressNow Colorado, 1714 Humboldt Street in Denver.

Amendment 69, on the ballot this year, would double the state budget through a $25-bllion tax increase to create a government-run health insurance system that would replace the current health insurance coverage for virtually all Coloradans. The plan has garnered opposition from across the state, citing not only its massive cost and high taxation, but significant concerns about reduction in the accessibility and quality of healthcare.

Tomorrow’s presser is set to include ProgressNow Colorado, NARAL Pro Choice Colorado who had already come out against Amendment 69 citing unintentional problems the law could create for abortion coverage, and a number of Democratic lawmakers led by House Majority Leader Crisanta Duran. Local Republicans have seized on Amendment 69 as a stick to beat Democrats at all levels with, employing misinformation and scare tactics to frame the debate in terms favorable to them.

The combination of very long odds for successful passage of Amendment 69, potential serious unintended consequences identified by NARAL and others, and Republicans apparently determined to make the initiative toxic in a perilous and unpredictable election year simply makes supporting the measure politically non-viable for Democrats in competitive races this year. Recognizing that early, and giving lawmakers up for election cover to stay clear of the measure, is the smart play politically–even if it stings a little in the short term.