UPDATE #2: Annnnddd….then it gets so much worse:

UPDATE: Story now up from 9News:

We followed up with Coffman on Thursday and found that’s not precisely the case. Instead, Coffman is walking a fine line and saying that he’s undecided in the presidential race.

While the ad is intended to showcase a stance against the leader of his party, Coffman stopped short of disavowing Trump’s candidacy in a telephone interview with 9NEWS. 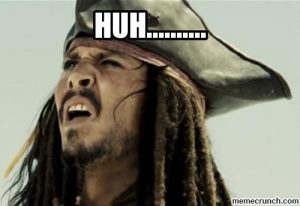 Remember that story this morning about that anti-Trump TV commercial that features Rep. Mike Coffman? The ad isn’t even on television yet, and Coffman is already backpedaling, as Brandon Rittiman reports for 9News.

You can read our original post about Coffman’s Trump dance for more background, but to really understand how totally bizarre this has become, we thought it would be helpful to give you a quick timeline of the words coming out of Team Coffman today:

1. Mike Coffman, in a preview of his new TV ad released to the press:

“People ask me, ‘What do you think about Trump? Honestly, I don’t care for him much.”

2. A bit later, Coffman’s spokesperson, Cinamon Watson, had this to say about Coffman’s thoughts on the Presidential election:

Watson said Thursday that “Hillary Clinton is not an option” and that Coffman will not vote for her. She did not directly answer whether he has ruled out voting for Trump. He “is considering his options — like a lot of Americans,” she said in an email.

Rittiman: Would you rule out supporting Donald Trump for President?

There you have it, folks. This is how an incumbent member of Congress loses his re-election campaign.