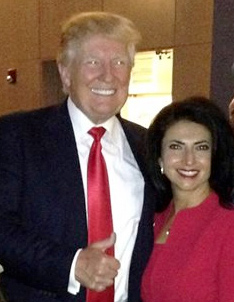 As the Pueblo Chieftain reports, the Democratic challenger to incumbent GOP Rep. Clarice Navarro in House District 47, Jason Munoz, has kicked his campaign into high gear after a bit of a slow start:

Munoz’s largest contributors were Plumbers and Pipefitters Local 58 Small Donor Committee of Colorado Springs, $2,000; and the Pueblo Fire Fighters, IAFF Chapter 3, $2,000. He received $400 from philanthropist and Democratic activist Pat Stryker of Fort Collins. Munoz listed expenditures of $77, mostly for gasoline for a political trip. He has $8,796 cash on hand.

We’re not talking about large amounts of money here, but Munoz outraising Navarro is a significant development in this race–elevating his campaign from obscurity into, well, a campaign on political radars. That’s bad news for Navarro, and what we’ve heard is that her recent cozying up to Donald Trump–even becoming a spokesperson on Trump’s behalf during the Democratic National Convention–has made Pueblo-area Republicans exceedingly nervous. With Trump working overtime to alienate Latino voters, Navarro’s support for Trump could become an enormous liability.

And it looks like Navarro has an opponent ready to take advantage.