Darryl Glenn and the “First Rule of Holes” 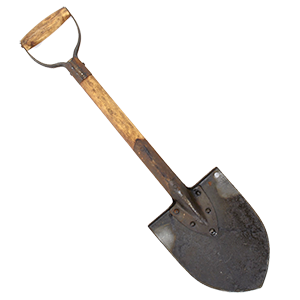 We wrote yesterday about a fresh and by all accounts self-inflicted problem for GOP U.S. Senate candidate Darryl Glenn, responding to decades-old court records about an assault charge against the candidate that was quickly dropped.

A case that, once again, wouldn’t be a problem at all if Glenn hadn’t been dishonest about it. As the Denver Post’s Joey Bunch reports:

U.S. Senate candidate Darryl Glenn issued a written response to The Denver Post on Wednesday night about a 1983 assault charge he faced after an altercation with his father. Glenn said the incident was the byproduct of a violent family history and something he did not remember, and he provided details about what happened based on a conversation with his mother…

The Denver Post located an archived police report from 1983 that included a signature that a handwriting expert deemed to closely match a financial disclosure document Glenn signed when he was running for El Paso County commissioner. Glenn would not comment on the police report when his campaign was given a copy Tuesday, and he maintained he did not recall the incident and had never been arrested or questioned by police in his life.

Glenn said in the statement that he was never in court as a defendant in the misdemeanor case. Court records, however, show he made an appearance before a judge in December 1983, and later in the statement he talks of being called into the judge’s chamber.

Glenn said Wednesday the charge was “dropped nearly immediately.” Records show that the third-degree assault charge from the Nov. 20, 1983, incident was dropped Feb. 4, 1984. 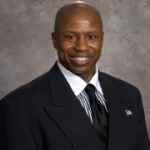 The disclosure of this incident by the Denver Post has set off a fierce round of press-bashing by Republicans who claim nothing about the incident should never have been reported–and as a result amounts to a “hit piece” on Darryl Glenn. The problem, as we said yesterday, is that the facts of this very minor and quite possibly defensible case from over three decades aren’t at issue.

Glenn’s response to questions is the problem.

Simply put, Glenn made statements about the case when asked that didn’t make sense, and that is the sole reason this story received news coverage. Glenn’s denial that he had ever been interviewed by police, and unequivocal statement that he had never appeared in court about the case, are not supported by the record. Glenn’s response that the court documents could have referred to some other person named Darryl Glenn is, to put it mildly, unsatisfactory. The Denver Post editorial board summed the problem up well:

Some Glenn supporters are taking his back, saying that a case from 1983, when Glenn was 18 years old, isn’t fair game.

We likely would have agreed with this criticism had Glenn been more forthcoming from the outset. But how a candidate for higher office — and he’s running for the U.S. Senate — handles mistakes or potential scandals is serious business. His actions speak to his judgment, and his denial suggests he has trouble dealing with basic facts. [Pols emphasis]

The problem is not with what Glenn did or didn’t do in 1983. The problem is not that he had a rough home life growing up. The problem is that what he initially said about the incident is not true. The emotional subject matter Glenn disclosed about his family relationships as a child does not excuse making ludicrous excuses about this incident today. It’s just not believable to suggest Glenn remembered so little about this that he attributed the whole thing to some other person with the same name.

But once you’ve made such an obviously false statement, the press is going to write the story.

Because the lie is what makes it a story.