Republican Jefferson County Commissioner Libby Szabo was largely ignored during her brief appearance on stage at the Republican National Convention in Cleveland on Monday — she was also misidentified as a Colorado legislator — but at least she got to hang out with Chachi (damn you, autocorrect!) 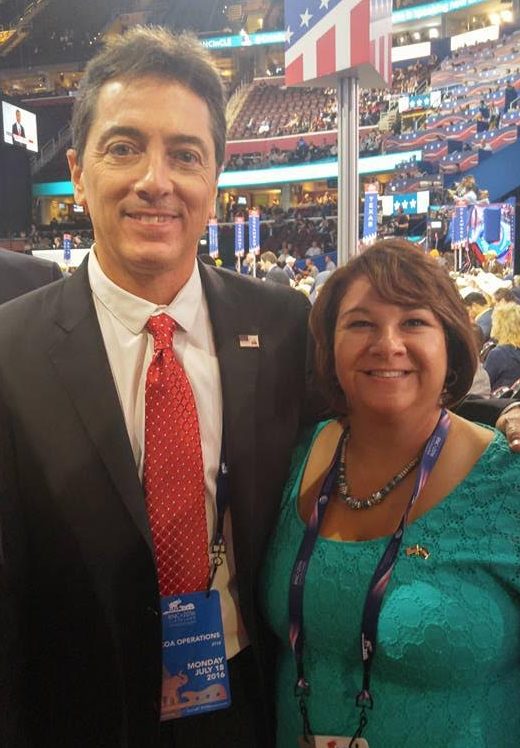 Scott Baio and Libby Szabo, together at last.