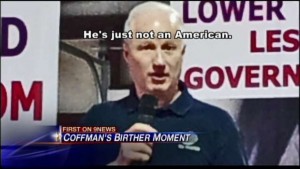 Patricia Mazzei of the Miami Herald reports on new legislation introduced by two vulnerable Republican members of Congress that would, in the extremely unlikely event that it were to pass the GOP-controlled House, protect children of illegal immigrants in the country since 2010 from deportation–similar to the failed DREAM Act.

Miami Republican Rep. Carlos Curbelo on Tuesday filed legislation that would allow people brought into the U.S. illegally as children before 2010 to remain in the country — a new version of the so-called DREAM Act.

Under the proposed law, immigrants who entered the U.S. illegally before Jan. 1, 2010, and were 16 years old or younger, could follow a path to U.S. citizenship.

The “Recognizing American Children Act” would offer high school graduates without a serious criminal record or dependence on public assistance conditional immigration status for five years. During that time, they could follow one of three ways to remain in the country permanently. If they receive a higher-education degree, serve in the military or remain employed, they could apply for permanent residency — and, later, citizenship. Those enlisted in the military would get an immediate chance at naturalization…

Who’s the other primary sponsor of this bill, you ask?

Curbelo filed the legislation with a fellow Republican, Rep. Mike Coffman of Colorado. Both represent two of the most competitive swing districts in the country, in states with a significant proportion of Hispanic voters. Coffman has received money from Curbelo’s political committee, What a Country PAC, intended to support Republican members of Congress who like Curbelo back immigration reform. Curbelo’s Westchester-to-Key West district leans in Democrats’ favor.

That’s right, folks! Rep. Mike Coffman, once the heir to anti-immigrant firebrand Tom Tancredo’s congressional district now representing a diverse and competitive district centered on Aurora, is co-sponsoring this new version of the DREAM Act along with another vulnerable Republican in a swing district. With that said, there are some important differences between Rep. Carlos Curbelo and Coffman–such as that Curbelo has consistently supported the DREAM Act, whereas Coffman once said “the DREAM Act will be a nightmare for the American people.”

In the past, we’ve seen Coffman’s gestures toward immigration reform lavishly rewarded by immigrant rights groups. This time, however, the praise is notably absent:

“We don’t have time for symbolic gestures for a few when our entire community is under xenophobic attacks by political candidates and from Barack Obama’s brutal deportation regime,” Luiza Duarte Tanuri, a member of the organization’s national leadership committee, said in a statement.

Democrats running to challenge Curbelo were even less nice:

“It is one thing to fight for the immigrant community, but it’s another thing to take advantage of their hopes to score political point,” [Democrat Joe] Garcia said in a May 13 statement. “Carlos Curbelo wants to introduce a bill that stands no chance of passing precisely because of the Republican leadership that he wholeheartedly backs.”

Bottom line: this bill is an insult to the intelligence of every voter who cares about immigration reform. It was introduced with the full knowledge that GOP House leadership will never allow it to even come to a vote–let alone have any chance of passage. We can’t speak in detail to Curbelo’s record, but Mike Coffman’s long and formerly very ugly history on immigration only magnifies the cynicism in introducing this now.

Even if you buy Coffman’s newfound support for immigration reform, the fact is that Coffman is powerless to enact anything without the support of Republican leadership. Anyone who sees past the window dressing knows that Coffman’s support for leaders who will never allow immigration reform to pass matters more than any position he might personally take. And once you understand the political survival motive for Coffman’s 180-degree “change of heart” on immigration since redistricting, it’s perfectly reasonable to ask whether Coffman cares about this issue at all beyond election-year posturing.

“Fake it until you make it”–through another election, that is.