Eric Nelson Pulls a Jon Keyser–“I’m On The Ballot” 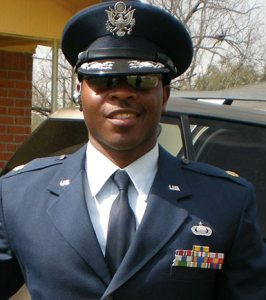 It has a familiar ring:

Facing a barrage of allegations and multiple calls to drop out of the Democratic primary for Colorado House District 42 as well as resign from his seat on the Aurora Public Schools Board of Education, aspiring Aurora politico Eric Nelson made no indication of plans to capitulate in a newsletter sent via email Wednesday afternoon, June 15.

In his letter, Nelson addressed several — but not all — of the allegations cast toward him in recent days, including misrepresentation of his short-lived military service, felony warrants, misconstruing his academic record and missing child support payments. That all of the alleged incidents occurred in the past served as the basis for his decision not to drop out of the race for the State House, or resign his seat on the APS school board.

“There are no current criminal charges, inquires (sic) or investigations,” Nelson wrote. “Therefore, there has been no false pretense or misrepresentations of me to the public. Furthermore, to ask for a resignation or withdrawal is overstepping legal boundaries of the qualifications for an elected public office. … I am fulfilling my duties.”

Shorter version: “the important thing is that I’m on the ballot.”

In an updated story at the Colorado Statesman, reporter Ernest Luning confirms with at least one of the schools Nelson claims to have graduated from, Northwest Nazarene University, that the diploma he presented is an (obvious) fake:

Edwin H. Robinson, Ph.D., the vice president for academic affairs at the university, told The Statesman he had never seen a Northwest Nazarene diploma that looked anything like the one furnished by Nelson, and he’s seen plenty of the real ones.

“Thank you for your inquiry concerning the fraudulent diploma from Northwest Nazarene University,” Robinson wrote in an email. “Obviously, the diploma is not one officially granted by our University. The misspelled name on the seal, the mention of ‘Glassboro College,’ the wrong nomenclature for university trustees and officers, and the forged signatures reflect a very poor job of trying to duplicate a diploma.”

Meanwhile, as we’ve already discussed, basically every Democrat in Colorado has come out to demand that not only Nelson withdraw from the HD-42 race but resign his seat on the Aurora Public Schools board of education. The House Majority Project has taken the unusual step of endorsing Nelson’s opponent and calling for him to pull out of the race.

In short, it’s very difficult to understand the psychology that drives people to “not give up” in situations that are plainly career (or at least race) ending–but as we’ve already seen with self-destructed U.S. Senate candidate Jon Keyser this year, it happens a lot. Eric Nelson is not just a little bit done, he is completely obliterated as a viable candidate for office. If he were to somehow survive the primary now and win election to this safe Democratic seat, we can’t imagine how the legislature could possibly allow him to serve.

Accepting that it’s over. It’s one of the hardest things in politics.