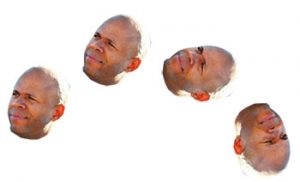 There are five Republican names on the June 28th Primary ballot. We still don’t know if all of them are official candidates.

Jack Graham, Robert Blaha, and Darryl Glenn are on the ballot and any votes they receive will almost certainly be counted. Jon Keyser is on the ballot (no, really, just ask him), but there are so many problems with his petition signatures that it wouldn’t be a surprise if he was ultimately forced to withdraw from the race before the election.

And then there’s Ryan Frazier. The Secretary of State’s office originally ruled that Frazier did not submit enough valid petition signatures to qualify for the Primary ballot. Frazier then filed a lawsuit in a Denver court to get his name on the ballot anyway; with the deadline to print ballots looming, a judge ruled that Frazier could remain on the ballot under the condition that if he loses, he must withdraw from the race. Confused? Check out this story from the Grand Junction Sentinel on Sunday for more background.

Today, the Colorado Supreme Court issued an “opinion” on Frazier’s legal challenge that basically amounted to another punt. The Supreme Court “ruled” that 49 more signatures for Frazier should be counted…but then kicked the case back to a lower court. So it looks like the Frazier case will go back to a courtroom where a judge couldn’t make a decision in the first place. Good times!

I’m not a lawyer, but if I read @RyanLFrazier CO Supreme Court ruling correct & those 51 #cosen sigs aren’t duplicates, he’ll stay on ballot

Trying to figure out if this means he has enough or not. Probably not. @ByJohnFrank probably knows. #cosenhttps://t.co/MP7xWnQ5sK

If we’ve learned anything from the last month of political Primary ballot football, it’s that judges in Colorado don’t want anything to do with any of these questions. This is not very helpful, since asking for guidance from the Secretary of State’s office is like giving money to a fortune teller on the 16th Street Mall.

Ballots for the June 28th Primary are supposed to be arriving in voters’ mailboxes in about two weeks. Ryan Frazier still doesn’t even know if he is really a candidate. This is beyond absurd.