BREAKING: Blaha Makes Ballot, Frazier Getting Recount, Everyone Yelling at Everyone Else

THURSDAY UPDATE: Court issues clarifying order, Robert Blaha WILL be on the ballot. We put it in caps because it seems authoritative this time. As for Ryan Frazier, the Denver Post’s John Frank reports:

Ryan Frazier remains on the sidelines after the judge ruled refused to allow him to count the signatures needed to reach the 1,500 threshold in the 3rd Congressional District, which stretches from Pueblo to Grand Junction.

The judge issued a stay on certifying the final June 28 primary ballot to give Frazier until Monday to file his appeal. But Secretary of State Wayne Williams plans to challenge the stay.

As has become the rule in this crazy primary, stay tuned for the next developments.

UPDATE #6: We’re going to be completely honest with you here…we have no idea how to sum this up for the night. We can all try again tomorrow.

URGENT: Turns out @BlahaCO might not have made the ballot, office says. #copolitics

Blaha’s back on ballot, but @ColoSecofState ain’t happy: “Mr. Blaha seeks to blame others for his own campaign’s incompetence” #copolitics 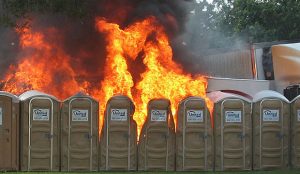 This would have to calm down just to be classified as a dumpster fire.

UPDATE: Blaha calls for Colorado Secretary of State Wayne Williams to resign after being ruled back on the ballot:

We’re still waiting for news on Ryan Frazier–the temporary injunction has reportedly been extended by half an hour (5:30PM MDT) to give them time to wrap up. Watch this space for updates.