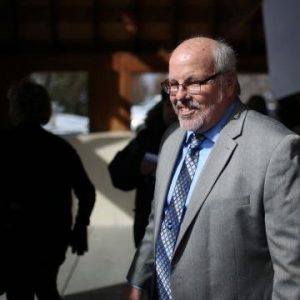 Newly released campaign finance numbers tell a compelling story about an unlikely candidate: not only is Tom Sullivan, the Democratic candidate in the State Senate race for District 27 getting an effective populist message out but that a significant number of voters are literally buying into his fight for the middle class.

For the first quarter of 2016, Sullivan has raised $30,876, toppling Republican opponent Jack Tate’s first quarter contributions eight times over. Sullivan’s opponent is also under a campaign finance complaint investigation for rolling over too much money from his State House to State Senate committee. Notwithstanding, they are now nearly neck-and-neck in total funds raised.

Sullivan is known in the community as the father of Alex Sullivan, one of twelve murdered in the 2012 Aurora theatre shooting. He’s also an Air Force veteran and retired postal worker; none of these experiences reveal any sort of political acumen, and when filing to run on February 23, few could have seen the powerhouse he would soon become…

That’s a head-turning quarterly take for a state legislative race without a doubt, and as the Democratic Senate Campaign Fund reports in a separate release, Jack Tate has his own problems:

According to state statute, campaign committees have a limit to the amount of money they can roll over from one race to another, intended to prevent campaigns from dodging contribution limits when pursuing higher office.* It’s a significant violation, both financially and ethically, and one that people familiar with campaigns or business should know about. That’s why Tate’s alleged violation is surprising: he’s the self-proclaimed pro-business candidate in Senate District 27.

“He runs on the idea that since he knows how to run a business, he can run a Senate seat. But with such an obvious violation of Colorado law, it’s evident his campaign has a troublesome problem with adhering very clear finance guidelines,” says Ali Vail, the claimant who filed the violation. “It’s bad business, pure and simple.”

A sloppy error for Tate if the complaint bears out–and combined with Sullivan’s powerful show of support since launching his campaign in late February, it’s more evidence that this race will be competitive in ways that the voter registration breakdown in the district can’t account for. Tate is an undistinguished junior legislator who was just appointed to his Senate seat. He has no real advantage in this race whatsoever, only a slightly more favorable ratio of registered Republicans to Democrats in an overall competitive district.

No folks, it’s Sullivan–his story, and now the strength he is showing as a candidate–that makes this race special.