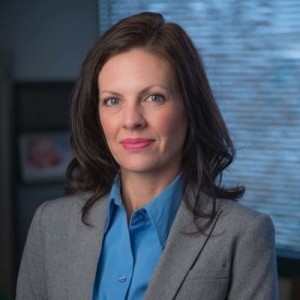 Boulder County Deputy District Attorney Caryn Datz pulled off one of the bigger surprises of the Colorado caucus/assembly season on Saturday when she absolutely crushed incumbent Democratic District Attorney Dave Young at the JD-17 (Judicial District 17) Democratic Party Assembly. By earning 74% of the support of assembly-goers, Datz earned topline on the June Primary ballot and — more importantly — kept the incumbent Young off the ballot entirely unless he decides to petition his way into the Primary.

Datz didn’t formally enter the race for District Attorney until January, but there was clearly an undercurrent of discontent about Young among Democratic voters — particularly among the more liberal, Bernie Sanders-supporting Democrats in the Adams County area. Nevertheless, picking off 3 out of 4 Democratic voters from an incumbent of the same political party is no easy feat. So how did it happen?

It’s important to understand that Young was never an especially popular choice to succeed two-term Democrat Don Quick when the latter was term-limited in 2012. Young was a longtime Republican who had only recently changed his Party registration to Democrat when Quick oddly decided to support him as his successor (Quick was running for Attorney General at the time). Quick’s support helped Young to cruise through the 2012 election cycle without an opponent from any political party, which undoubtedly made Young think that he would have little trouble winning re-election in 2016.

But from the moment he was first elected, Young did little to ingratiate himself with Adams County Democrats — including publicly supporting the death penalty — and was often absent from local Democratic Party functions and fundraisers. Young unwittingly created the perfect scenario for an anti-establishment Democratic candidate to emerge in front of an anti-establishment electorate that didn’t really know much about the incumbent anyway.

Young may still try to petition his way onto the June 28th Primary, but he only has until April 4 to collect 1,000 valid signatures from registered Democrats. Even if Young were able to make it onto the ballot, Datz’s overwhelming support at the district assembly is plenty of reason for Democrats to support the newcomer over an incumbent that wasn’t particularly well-known or well-liked in the first place.

Timing is everything in politics, and in this case, Datz clearly read the tea leaves correctly.