Coffman To Trump: Stay Out Of My Gutter 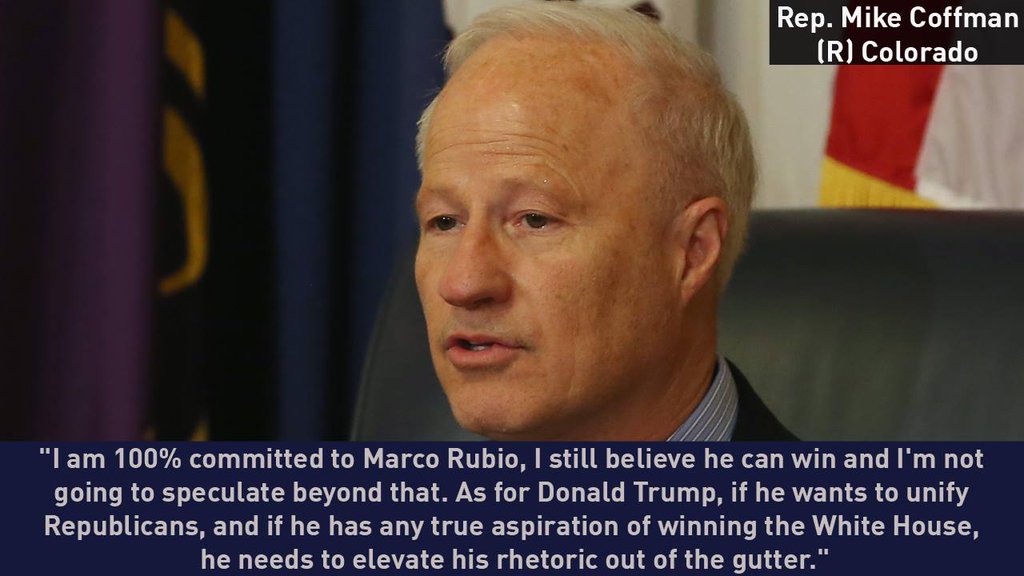 After weeks of speculation and woefully inadequate press coverage, 9NEWS finally got Rep. Mike Coffman personally on the record, that is not via a surrogate, on the question of whether he would support Donald Trump in the increasingly likely event Trump wins the GOP nomination.

As you can see, although Coffman is an avowed backer of the underperforming Marco Rubio, Coffman did not rule out supporting Trump–with a qualifier about what Trump would need to do to “unify Republicans.”

He needs to elevate his rhetoric out of the gutter.

Now folks, if we were Trump, we would consider that a hell of a thing for Mike Coffman to say to us.

And why is that, you ask?

Because Rep. Mike Coffman has absolutely zero room to talk.

There’s much more to say about the blend of cowardice and hypocrisy that stymies Republicans trying to put daylight between themselves and Trump’s unprecedented demagoguery–but few examples tell the story quite like Mike Coffman.

Trump is who they are.