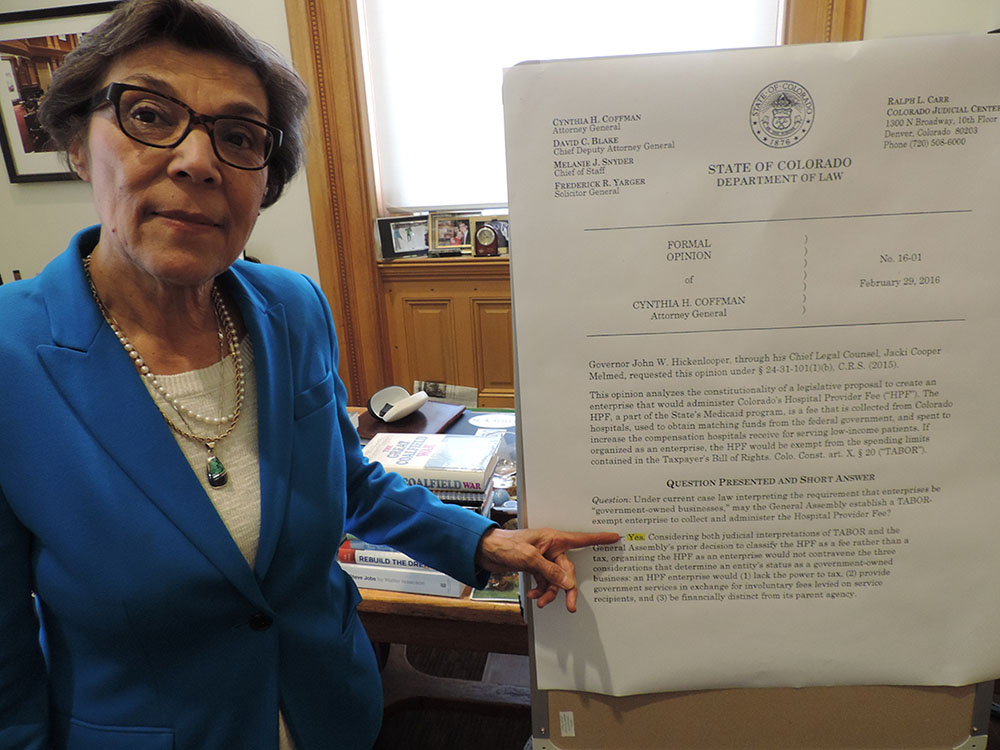 Whether to reclassify the program isn’t a novel idea this year. Last year, the state’s Democratic House Speaker brought forward a bill, late in the session, and Republicans killed it.

The fight last year and this time around has oddly pitted Republicans against a near monolithic voice of the state’s business community that includes the Denver Chamber of Commerce, the Colorado Association of Commerce and Industry, Associated General Contractors, the state Wheat Growers Association and chambers from Aurora to Grand Junction, and others.

Last year, when the hospital provider fee issue was being debated late in the legislative session, 307 lobbyists had signed up to work in support of reclassifying it. Only one group was opposed: Americans for Prosperity, the prime political arm of the billionaire industrialist Koch brothers. This year in Colorado’s legislature, AFP has made its top priority defending TABOR and keeping revenue generated by the hospital provider fee inside the economic structure that can trigger TABOR refunds. The group has asked lawmakers to sign a pledge saying they won’t vote to reclassify the program. 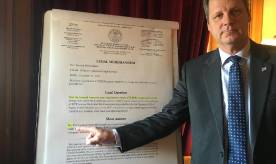 Big news this Monday morning on a question that’s critical to this year’s–and future years’–Colorado budgets. Providing guidance on the question of whether the state can reclassify the 2009 hospital provider fee to exclude the revenue from caps imposed by the Taxpayer’s Bill of Rights, thus sparing the budget from large unnecessary cuts elsewhere, Republican Attorney General Cynthia Coffman has released her long-awaited opinion requested by Gov. John Hickenlooper.

GOP Senate President Bill Cadman, who began this year’s legislative session by declaring any such fix a nonstarter, isn’t going to like it.

Question: Under current case law interpreting the requirement that enterprises be “government-owned businesses,” may the General Assembly establish a TABOR-exempt enterprise to collect and administer the Hospital Provider Fee?

Answer: Yes. Considering both judicial interpretations of TABOR and the General Assembly’s prior decision to classify the HPF as a fee rather than a tax, organizing the HPF as an enterprise would not contravene the three considerations that determine an entity’s status as a government-owned business: an HPF enterprise would (1) lack the power to tax, (2) provide government services in exchange for involuntary fees levied on service recipients, and (3) be financially distinct from its parent agency.

You’ll recall that Cadman blew up negotiations over the hospital provider fee at the beginning of the session by circulating an opinion from the nonpartisan Office of Legislative Legal Services suggesting the fix wouldn’t pass muster under TABOR. No one is impugning the credibility of OLLS’s staffers, but the fact is that their opinion is strictly advisory and nonbinding. Cadman was on shaky ground to summarily declare the hospital provider fee fix dead on the strength of this one nonbinding opinion.

As of now, Cadman has no legal leg left to stand on.