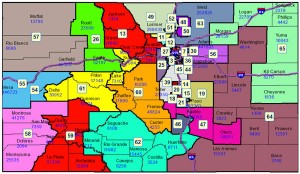 As Colorado’s political class continues to figure out what to make of Initiative 107, the product of out-of-work legislators and political operatives to “reform” the state’s redistricting and reapportionment process ahead of the 2020 census, the chairman of the Colorado Reapportionment Commission from 2011, unaffiliated voter Mario Carrera, released a statement this morning panning the new initiative:

The national movement to tamper with the maps that dictate the lines for the Legislative and Congressional districts is one of the reasons why voters have such low approval ratings of Congress and other elected bodies. Voters do not trust politicians to make decisions that define our representation. Colorado absolutely needs to get this right.

The Coloradans behind Initiative 107 have taken some very important steps to raise the issue of taking politics out of drawing these maps and their efforts should be applauded, but no less than our democracy is at stake. And, as a result, it’s important that we engage in a more inclusive, thoughtful, deliberate and transparent process. Why the rush?

The laudable goal of ending gerrymandering deserves praise. However, the proverbial gerrymander, is in “the eye of the beholder and only known when seen”. As such, it’s critical that we have a process that accounts for fair representation in our State. 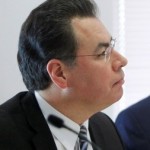 As for the latest version of the proposed ballot measure, Initiative 107, Carrera lays out a range of concerns:

– The mathematics on the voting do not work and, because of the supermajority needed for passage, encourages a logjam;

– As devised, too much burden and responsibility are placed on the non-partisan staff without the due accountability and benefit of a public or elected official appointment;

– The legislative branch has too great a role in appointing members to the commission, at the exclusion of appointments from our judicial system, which is particularly concerning given the goal of reducing partisanship. The inherent checks and balances of our three branches of government do not exist.

The bottom line, as we said on Friday and Carrera notes again in today’s statement, is that this initiative is being pushed on voters at a time when there’s simply no call for it. The last redistricting/reapportionment round in 2011 produced much in the way of partisan fireworks for inside-baseball political types like ourselves, but the actual maps that resulted have stood the test of their intended purpose: compact, sensibly-drawn districts that give diverse communities their voice, and provide a competitive landscape for our state’s closely-divided voters.

In order to successfully campaign for a change to something so fundamental to our political process, it’s necessary to demonstrate how the status quo is a problem–and if it is, how specifically a proposed change would help. Dropping this initiative years before the next round of redistricting and reapportionment, with no clear narrative of a problem needing to be solved, invites straightforward questions about its true purpose.

Without good answers, and soon, this initiative is going nowhere.