Hey Everybody! Casper Stockham is Running For Congress! 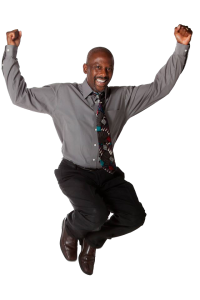 A couple of weeks ago, we were tagged in a Facebook post by one Casper Stockham, whose name we’ll confess we had not heard before that moment:

Colorado Pols, the pillar of all things LEFT WING, has decided to ignore my now 5 month public candidacy for Congress. I wonder why that is? Why are they afraid to list me as running against Diana Degette? Please tell them that they need to practice fair reporting.

I wonder why this top notch new outlet is still ignoring my congressional race here in Denver? What are they afraid of? They have no problem attacking other REP candidates so what am I chopped liver?

Naturally, we’re delighted to be referred to as a “top notch” anything, though we’re quick to point out that we don’t consider ourselves a news site. Just a blog, folks.

Now, on to the chopped liver part.

Casper Stockham is a 2014 graduate of the right-wing Leadership Program of the Rockies, and president of an organization known as the American Conservatives of Color. You might remember the latter group after Rep. Gordon “Dr. Chaps” Klingenschmitt’s interview with David Dorty, another ACC figure who had been removed from a GOP event earlier that year at a public school due to his conviction for sexual assault on a child. Coming just after Klingenschmitt’s remarks about such people being worthy of death, this was needless to say a little embarrassing.

Stockham’s bio on his website–note that we’re linking to his website–describes him as a “Congressional Candidate, President, CEO, LPR Graduate 2014, Author, Speaker, Radio Show Host, Business Trainer, 6 SIGMA Change Agent, Financial Services Specialist, Business Analyst,” and something he calls an “Internet Reputation Specialist.” We admit that at least 30% of those sound really impressive, though he may not be as good at that last one as he thinks (see above).

In the last twelve years, the narrowest share by which incumbent Rep. Diana DeGette has retained her CD-1 seat is over 66%. In 2006 she garnered almost 80% of the vote. This means we don’t generally spend a lot of time on Republican candidates running in this district, just like we don’t spend a lot of time on, say, the Democrat running in arch-conservative CD-5. Because it’s a waste of time.

Nevertheless, we’re going to add Stockham with the sub-1% chance he deserves (for making us chuckle). Give him a warm welcome. He deserves as much just for being so entertaining.