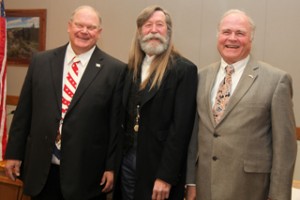 The Glenwood Springs Post-Independent’s John Stroud follows up on the amusing unintended consequences of the decision by the GOP-owned and operated Garfield County board of commissioners to cut off a small longstanding grant to the local Planned Parenthood health clinic:

Ashley Johnson never imagined the kind of response she’d get when she launched an online fundraising campaign for the local Planned Parenthood clinic following a politically motivated decision by Garfield County commissioners to cut grant funding.

Her effort that began two weeks ago with a goal of replacing the $1,500 cut quickly gained momentum.

As of Monday, the GoFundMe.com “Hear our voice. Fund women’s health” site had raised $23,450 among 281 donors. Another $325 was donated via a separate Wells Fargo Bank benefit account, according to Johnson.

That’s right–Garfield County’s decision to cut off a $1,500 grant to Planned Parenthood’s resulted in over fifteen times that amount being donated to the organization as a result of local resident Ashley Johnson’s GoFundMe drive. We’re going to go out on a limb here and suggest that is not the outcome that Garfield County commissioners had in mind when they decided Planned Parenthood Votes’ emails defending itself from a partisan Republican Party onslaught were “too political.”

But to listen to commissioner Tom Jankovsky today, you might think he planned the whole thing:

Jankovsky said Monday that he’s glad private donors stepped up to support a service that he said he also believes provides a valuable service in Garfield County.

“I think it’s great that they’re doing that,” he said. “Our decision on funding didn’t mean we didn’t want Planned Parenthood to continue.”

Rather, he said human services grants are intended mostly for locally based, nonpolitical organizations. He said he and the other commissioners felt Planned Parenthood’s state and national affiliates had crossed that line…

The problem with this lame excuse is obvious: if Jankovsky and his fellow Republican commissioners hadn’t cut off the funding, there would have been no impetus for the fundraising drive. Commissioners’ vote to cut off the county’s nominal grant to the organization is what precipitated this presumably one-time fundraising windfall.

And it’s an overwhelming counterpoint to whatever point they were trying to make.

Politically, this was a foolish mistake for GarCo’s GOP commissioners, whose ham-fisted attempt to insert themselves at the tail end of the summer-long Republican Planned Parenthood grandstand completely backfired. With 2015’s witch hunt by anti-choice usual suspects having mostly fizzled out, this result should serve notice to other bush-league elected officials with fiscal authority that the political damage from petty trolling of an organization that communities really do value outweighs any gains.

Better for everyone, not least themselves, to leave well enough alone.