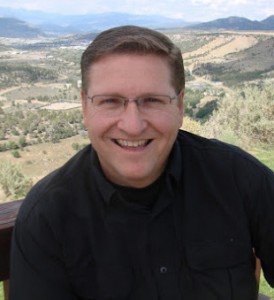 In our discussion of the campaign promise by President Barack Obama to close the detention center at Guantanamo Bay, Cuba and settle the status of the remaining 112 “enemy combatants” imprisoned there since the Bush administration, we would be remiss if we didn’t point out the Durango Herald’s report yesterday–about La Plata County Sheriff Sean Smith, and his decision not to sign a letter penned by right-wing Larimer County Sheriff Justin Smith (no close relation we know of) opposing the transfer of any Gitmo detainees to federal facilities in Colorado:

On Monday, Larimer County Sheriff Justin Smith made public the petition, which states the sheriffs are “concerned that utilizing current civilian prisons in our state would significantly – and unnecessarily – endanger our citizens.”

The letter goes on to say that housing the detainees from Guantanamo, started in 2002 in response to the Sept. 11, 2001, attacks, would attract terrorist “sympathizers who would mount an attack … or commit other acts of terror.”

“[Sean Smith:]…We’re very far removed from it. I’m focused on what’s going on with the citizens in our county. If I felt like it would create adverse risks for us, I would get involved.”

Supermax already holds some of the nation’s most dangerous terrorists, including Ted Kaczynski, Boston Marathon bomber Dzhokhar Tsarnaev and Ramzi Yousef, who coordinated the 1993 World Trade Center bombing. [Sean] Smith said the presence of those high-profile criminals has never posed a danger to La Plata County.

County sheriffs from all corners of our state signed Justin Smith’s letter. The letter cited a range of concerns from the logistics of transporting the detainees to the risk that the facilities might be subject to terrorist attack. But as this story does a better job of pointing out than many other recent reports, Colorado is already host to some of the world’s worst terrorists at the Florence “Supermax” federal prison.

The other problem with the sheriffs’ objections to transferring Gitmo detainees to Colorado is, as La Plata County Sheriff Sean Smith points out like Captain Obvious, that Colorado is a really big state, and most of it is not anywhere near anything relevant to this question. La Plata County has nothing to fear–and neither does Sedgwick County or Mesa County. Or Routt County or Yuma County or…you get the idea, right?

In its way, all of these dozens of elected politician county sheriffs signing this letter, including many whose jurisdiction would be in no way adversely impacted by the transfer of Gitmo detainees to Colorado, betrays an underlying political motive that significantly undermines their credibility. After all, Sheriff Justin Smith was one of the ringleaders in the so-far unsuccessful Independence Institute-powered lawsuit by many county sheriffs against the 2013 gun safety bills–along with former El Paso County Sheriff “Shirtless” Terry Maketa, who we’re not supposed to talk about now that the county is settling the lawsuits left in his wake.