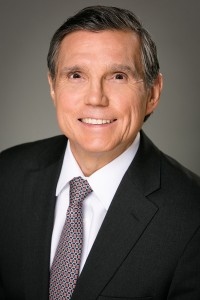 The Boulder Daily Camera’s Charlie Brennan and Sarah Kuta recap the action outside yesterday’s Republican presidential debate at the University of Colorado at Boulder–in particular, one detail that didn’t come together quite the way the coverage leading up to yesterday’s events had us all expecting:

While the debate unfolded within the events center, roughly 300 people gathered at Farrand Field as part of a protest against some of the comments made over the course of the campaign by the GOP candidates.

…The My Country, My Vote gathering encouraged Latinos and others to register to vote and speak out against “anti-immigrant campaign rhetoric.”

When it was announced earlier this month, “Our Future, Our Choice” organizers expressed hopes it would draw 10,000 people to the streets to present a vision of the future they hope to see.

Although the protests in the “Free Speech Zone” outside the Coors Events Center were by all accounts lively, the failure to produce the very large numbers of protesters originally forecast is being universally blamed on a pitiful turnout to the My Country, My Vote rally at Farrand Field yesterday evening. The story that we’ve heard from multiple sources is that preparations for this rally broke down after the “headliner” of the event, former Denver Mayor Federico Peña, demanded major changes to the rally’s message.

Originally intended as a much more aggressive rally demanding that Republican presidential candidates on the CU campus back away from their offensive rhetoric and show respect for an Hispanic electorate increasingly playing a decisive role in American elections, Peña and/or his “people” reportedly demanded a neutering of that message into a much more generic call for immigration reform–in the words of one disgruntled organizer, a meek appeal to “whichever white person becomes President.” It has even been suggested to us that Pena made a deal with CU’s Republican President Bruce Benson to ensure this much-feared protest action would not “antagonize” Republicans gathering on Benson’s campus for the debate.

If that is anything close to what actually occurred, obviously, it’s a huge blow to former mayor Peña’s credibility. Especially after organizers made such sweeping boasts about the expected crowd the protest would turn out, this story of ole-boy-network meddling–with the net effect of severely curtailing the success of the event–makes it hard to imagine that he’ll be ever asked to do something like this again.

Unless Benson asks him to, we guess.