Cynthia Coffman Does Not Speak For Colorado

UPDATE #2: Via the Denver Business Journal, Gov. John Hickenlooper slams Attorney General Cynthia Coffman for joining this lawsuit over his objections and the state’s longstanding leadership on the issue:

“We do not support this lawsuit,” Hickenlooper said via an emailed statement.

“Clean air and protecting public health should be everyone’s top priority. Colorado’s interest is best served by an open, inclusive process to implement the Clean Power Plan,” he continued.

“This lawsuit will create uncertainty for the state and undermine stakeholders’ ability to plan for and invest in cost-effective compliance strategies, something that the Attorney General has been advising the state on,” he said. [Pols emphasis]

Hickenlooper said Colorado also has worked “extensively with the EPA to ensure we have the time and flexibility we need. We believe that Colorado can achieve the clean air goals set by the EPA, at little or no increased cost to our residents.” 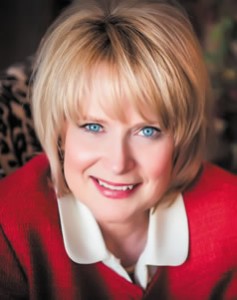 “It would be remiss if I, as attorney general, looked the other way and said, ‘Because Colorado is likely to meet this carbon dioxide cap, we shouldn’t challenge the federal government,’ ” said Coffman, who in late August announced she was joining a lawsuit to stop the plan. [Pols emphasis]

“That to me is an abdication of my responsibility.”

In short, Colorado is going to pass this test. But by God, we shouldn’t have to. Because freedom. And unregistered lobbyists. The rest of the state be damned!

After Colorado Attorney General Cynthia Coffman announced her lawsuit against the Obama administration’s Clean Power Plan, in apparent defiance of Gov. John Hickenlooper and the rest of the state government which has been working toward a smooth transition to the clean energy economy for years, ProgressNow Colorado, the state’s largest online progressive advocacy organization, called on Coffman to stop playing politics with her office at the behest of out-of-state special interests–and to abandon this ill-conceived lawsuit against our state’s best interests.

“Documents unearthed by Public Citizen reveal unethical heavy involvement in Attorney General Coffman’s opposition to the Clean Power Plan by a Texas energy attorney named Mike Nasi,” said ProgressNow Colorado executive director Amy Runyon-Harms. [1] “Why is Cynthia Coffman colluding with out-of-state oil and gas interests against our state’s own governor and legislature? As Attorney General, Coffman’s job is to represent the people of Colorado, not Texas.”

“Since taking office this year, Cynthia Coffman has repeatedly brushed with scandal,” said Runyon-Harms. “Coffman has been accused of misusing her position for political advantage and was even accused by fellow Republicans of blackmailing the party’s chairman. By using the power of her office to join this lawsuit against the wishes of Gov. Hickenlooper, Coffman has once again proven that she is not fit to serve as the state’s chief law enforcement officer.”

“Attorney General Cynthia Coffman’s lawsuit flies in the face of Colorado’s leadership in the global transition to a clean energy future,” said Runyon-Harms. “In 2004, Colorado passed a groundbreaking constitutional ballot measure establishing a strong renewable energy standard. In 2013, our legislature made it stronger. Experts agree that Colorado is well positioned to meet the challenge of the Clean Power Plan. Our state’s pro-energy Governor supports the Plan. It’s the right thing to do for Colorado, and it will grow our economy the same way Amendment 37 made our state a leader in renewable energy.”