(Can’t stop a bullet? No “pathway” for you! – Promoted by Colorado Pols) 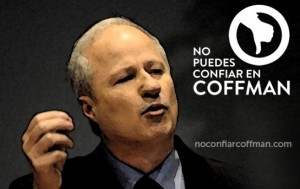 UPDATE: Coffman spokesman Tyler Sandberg tweeted me that Coffman does support a pathway to citizenship through education — a position that can be learned by using the “Google button.”  I have even reported instances in which Coffman has uttered a sentence to this effect in media appearances (See for example here.), and I should have included this in my blog post.

But this issue is an example of the problem reporters have in covering Coffman. Does a sentence buried in the middle of a TV interview actually represent Coffman’s position, when that policy can be contradicted by another vote on the record or lost in the conversation around military enlistment, which is the only related bill Coffman’s put forward?

When Coffman took to the Denver Post opinion pages in 2013 to endorse “comprehensive immigration reform,” any number of his supposed policy commitments were left vague enough to give him room to escape supporting the bipartisan Senate bill that actually passed. And by the next year, he had reversed himself on whether “comprehensive” reform needed to be done all at once or in a step-by-step approach. Additionally, all of these back and forth statements on legislative procedure is omitting Coffman voting against President Obama’s deferred deportations for children before reversing and voting for them.

Still, I should have referenced Coffman’s media statements in support of a path to citizenship through education.

Back in 2013, as Rep. Mike Coffman was testifying in favor of allowing undocumented children to gain citizenship through military service, he said:

Coffman: “The first question that we ought to ask ourselves here today is whether or not we believe that the young people, who were brought to this country illegally as children by their relatives, who grew up here, and who went to school here, who probably know of no other county, ought to have a pathway to citizenship and I believe that the answer to that question is yes.”

The difference is important, because the Dream Act has long been the focus of legislative efforts to help young undocumented immigrants, who know our country as home. The most common version offers a dual-track path, but, in any case, Coffman’s chosen path should be clearly stated.

So, The Denver Post’s Mark Matthews should have specified the type of path Coffman supports when Matthews wrote over the weekend:

Coffman added that he supports a pathway to citizenship for immigrant children but not adults, although he wanted to create some arrangement for parents, such as “guest worker status.”

Coffman supports a pathway to citizenship for young immigrants through military service. It’s a distinction that means a lot to the young immigrants involved and to those who’ve been pushing for immigration reform for so long now.