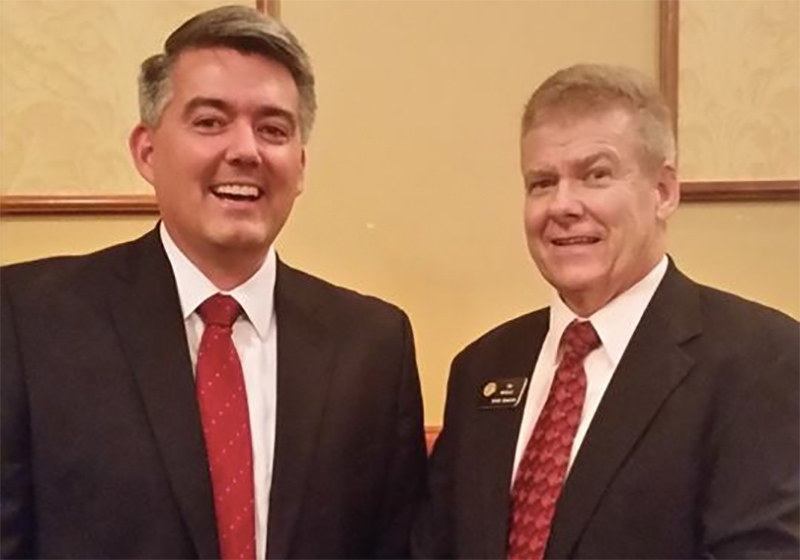 Over the weekend, the U.S. Senate campaign of Colorado Sen. Tim Neville kicked into high gear after (presumed, we didn’t see any photos) launch on Thursday–though perhaps delayed by Thursday’s mass shooting incident in Roseburg, Oregon. Either way, on Friday Neville’s new Senate campaign Twitter account announced his run, and Neville attended GOP fundraising events in Denver and in Jefferson County over the weekend. In Denver, he had his photo taken alongside U.S. Sen. Cory Gardner (above). In Jeffco, he served up barbeque with close political ally Sen. Laura Woods: 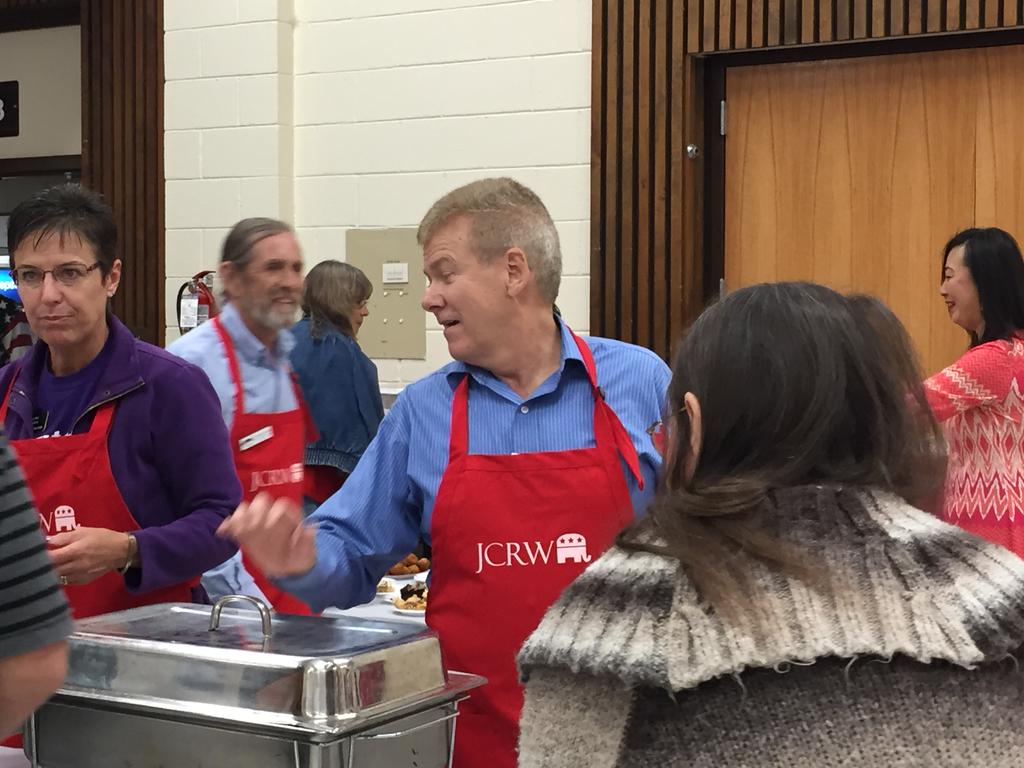 As we’ve noted in the past, one of Neville’s biggest strengths in the 2016 Senate primary is a strong knack for “retail politics.” Neville is very much at home in one-to-one interactions with prospective voters, and is by all accounts an energetic field campaigner who will tirelessly knock on thousands of doors in search of the votes he needs. Combined with a strong conservative reputation that has already preceded him with a large percentage of Colorado GOP primary voters, it’s a big reason why the race for the Republican nomination is, as of this writing, Tim Neville’s to win.

We would kind of like to know what he’s thinking in that photo with Sen. Gardner, though.