Ken Witt Presents: How to Make the Case for Your Own Recall 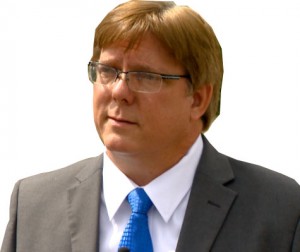 Temperatures have been rising on the Jefferson County School Board ever since three right-wing members were elected to take over the Board majority in November 2013. As Colorado Pols readers are no doubt aware, these three Board members — Ken Witt, John Newkirk, and Julie Williams — are now facing a November recall election for a variety of reasons that we won’t rehash here (check Jeffco Pols for a more in-depth background into the Jeffco School Board controversies).

If you aren’t familiar with the controversies and issues that led to the November recall election, there was a moment at Thursday evening’s Jeffco School Board Meeting that perfectly encapsulates why the entire Jefferson County community has been in an uproar over the actions of Witt, Newkirk, and Williams. You can see the video yourself below, which better conveys the emotion of the exchange as Board Member Lesley Dahlkemper is nearly driven to tears out of frustration and anger in response to an incredibly disrespectful display from Board President Ken Witt.

“I am fed up with the way we are running this Board.”

The back-and-forth discussion in question followed the introduction of a resolution proposing changes to the District Accountability Committee (DAC) Both Dahlkemper and Board Member Jill Fellman voiced their concern that Witt was forcing a vote on an item that the Board had not yet discussed, which is explicitly against the Board’s own policies. The resolution in question was sent around to Board members on Thursday afternoon — mere hours before the meeting was called to order — so Dahlkemper and Fellman asked Witt to schedule the vote for the following week so that the item could be discussed first.

“I don’t know how we can have a conversation and vote on something I saw for the first time 4 hours ago,” said Fellman. “I’m not willing to do that.” 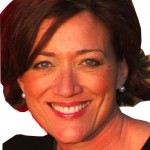 Dahlkemper also noted that a discussion was pertinent because a volunteer committee of parents, teachers, and administrators had been working for months on changes to the DAC. Here’s what happened next:

LESLEY DAHLKEMPER: “At the very least, give us the time to read this, digest it, contrast it with what we have also been given by a committee that has spent more than three months analyzing state law and having conversations about this, to determine whether this is a good resolution moving forward. All I’m asking is that we follow board policy, we ask questions about this if we have any tonight, and then we put it on the agenda for the next Board Meeting to approve it. That’s all. That’s all I’m asking.”

KEN WITT: [Sarcastically] Ms. Dahlkemper, this has been read to you twice, but we can continue to go over it until you feel like you understand all of the terms. [Pols emphasis]

LD: Mr. Witt, don’t you dare speak down to me or disrespect me.

LD: Yes, you have. And I’m sorry you don’t understand the difference between those two things…because I am done with it. [VOICE CRACKS] I can’t believe this…because I do not want to do this. But I will tell you – the mistake that you are making right now is that we have a policy on the table about how we govern. You are throwing governance right out the window because you have some agenda that you feel so critical that we have to vote on tonight…that even a simple request that is to say, “Look, our policy says we review it, and then we vote on it.” And don’t you dare insinuate that I don’t understand this policy. And stop talking down to people on this board, and also people who come forward. Enough. [Pols emphasis]

Policy disagreements are to be expected in any group of elected officials, but it’s inexcusable for Witt to a) Ignore Board policy at his own whim, and b) Display such blatant disrespect to a fellow board member. Witt’s behavior isn’t the primary reason why he, Newkirk, and Williams are facing a recall — but it’s near the top of the list.

Check out the video after the jump…

Full Exchange (fast-forward to about the 7:00 minute mark to watch the exchange transcribed above):