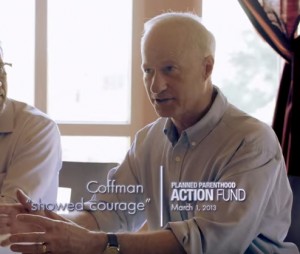 The Denver Post’s Mark Matthews put out a major story this weekend about the renewed battle over federal funding for Planned Parenthood in Congress, and the possibility of a shutdown of the federal government precipitated by a refusal by conservative lawmakers to approve any funding bill that includes funding for the organization.

Such a shutdown would, among many other damaging effects, once again imperil construction of the troubled VA medical center in Aurora:

The added $625 million in federal dollars is crucial for the unfinished veterans hospital. If Congress doesn’t agree to a funding boost by the end of September, prime contractor Kiewit-Turner is at risk of suspending work at the site because of a lack of cash — further delaying a project that is expected to cost at least $1.67 billion.

For now, there is a general agreement between Congress and the administration on how to drum up money for the hospital. But an unrelated fight over abortion, government spending and Planned Parenthood could complicate the effort.

With the end of the federal fiscal year looming, Congress must pass a temporary budget in order to keep the entire government running past Sept. 30.

This must-pass legislation likely will be the vehicle in which allies of the VA hospital plan to attach the $625 million, an amount the U.S. Department of Veterans Affairs has said is the final amount needed to complete the hospital, planned to be open by the end of 2017.

Interestingly, the early revisions of this story contained no comment from the member of Congress with arguably the biggest stake in successful completion of the Aurora VA hospital–Rep. Mike Coffman, who serves as chairman of the House VA Oversight and Investigations Subcommittee and whose district includes the construction site. A subsequent update to the story added a statement from Coffman that he opposes a shutdown of the federal government to attack Planned Parenthood. This is the same Mike Coffman who has appropriated Planned Parenthood’s name in ads when it suited him (above right), though he eagerly joined in the bashing of the organization this year after it again became fashionable for Republicans to do so.

The recognition that another shutdown over Planned Parenthood would be both politically and practically harmful for the GOP is not at all unanimous, however. The hard-right Freedom Caucus, which includes Rep. Ken Buck of Colorado, has vowed to fight against any spending bill that includes support for Planned Parenthood.

Even as the manufactured outrage from a series of heavily-edited undercover videos circulated by an anti-abortion group fades for most of the country, pressure remains very high in information-siloed pro-life conservative circles to take some kind of punitive action against Planned Parenthood. For the organization’s intractable opponents, the videos are just the latest pretext to attempt what they always wanted anyway. But no one has told the pro-life grassroots that there’s no “there” there with these doctored videos, videos that have consistently failed to demonstrate any of the alleged crimes–and the gap between incendiary perception and reality is so wide that the grassroots is guaranteed to be disappointed in the end.

Between now and then, as Mike Coffman is doubtless aware, there’s time for a lot of damage to be done. Coffman may not personally want to see the government shut down over Planned Parenthood, but if it happens, he and his party will nonetheless take the blame. Just like Coffman reminds us every time he invokes Nancy Pelosi in an ad, running for Congress is about more than one’s own assets and liabilities.

It’s about the team you’re on. It’s about what your team does. And it always will be.