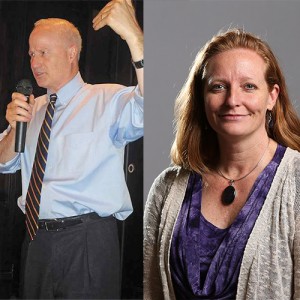 The Colorado Statesman’s Vic Vela follows up on last week’s Washington Post exclusive, detailing an agreement signed by embattled incumbent Rep. Mike Coffman and other vulnerable members of Congress with the National Republican Congressional Committee (NRCC) to provide, among other things, his “legislative strategy” in writing in order to receive support for his race from national GOP donors.

As you might have expected, Democratic CD-6 challenger Morgan Carroll finds that more than a little unseemly:

Democratic state Sen. Morgan Carroll, D-Aurora, who is seeking to replace Coffman as the 6th Congressional District representative next year, blasted Coffman for signing the contract.

Carroll sees the contract as a way for party insiders to dictate campaign and policy decisions of candidates who are lured by campaign cash and who are beholden to the NRCC because of it.

“What is disturbing to me about this is basically it’s getting people to give up their legislative responsibility and their autonomy over their own vote in exchange for cash,” she said… 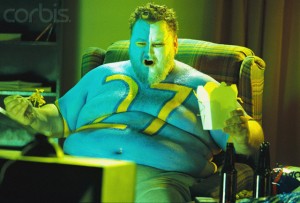 Whenever a bit of embarrassing political insider-y detail like this NRCC’s “Patriot Program” contract leaks its way out of the Beltway press and into armchair quarterback discussions back home, there’s an immediate tendency by political observers–especially Democrats–to pooh-pooh said revelations as “business as usual.” After all, surely everybody must do this, so it can’t be a that big of a deal. Right? Even experienced political operatives can complacently talk themselves right out of a perfectly salient line of attack this way.

It’s important, however keen a political observer you may fancy yourself to be, to not do that.

[NRCC spokesman Zach] Hunter said the party’s request that participants share their legislative agenda “is for informational purposes only.” It’s an effort for the party to understand what the candidates “feel their priorities are for their district.”

Hunter was unable to answer what the required “political justification” of a member’s legislative goals means.

“I don’t have a comment specifically on explaining that term,” he said…

“The DCCC works with incumbents to make sure they are running smart campaigns as effectively as possible, but would never require submission and approval of a legislative agenda — especially not in exchange for financial and political support,” Kelly said in an emailed statement.

You see, folks, for all the jaded presumptions we saw last week that having one’s legislative agenda pre-approved in exchange for support is business as usual for both parties, it’s actually not. There is a difference between the way Democrats and Republicans support lawmakers, and in turn expect lawmakers to support the national party’s agenda. There is something unseemly about expecting a lawmaker to get his legislative agenda pre-approved to receive support, especially for Mike Coffman who is banking on an “independent” image for survival in a politically swing district. That’s why this story made the Washington Post to begin with.

And if local Democrats would like to actually unseat Coffman in 2016, they might consider letting him defend himself from these kinds of questions instead of helping him dodge them.