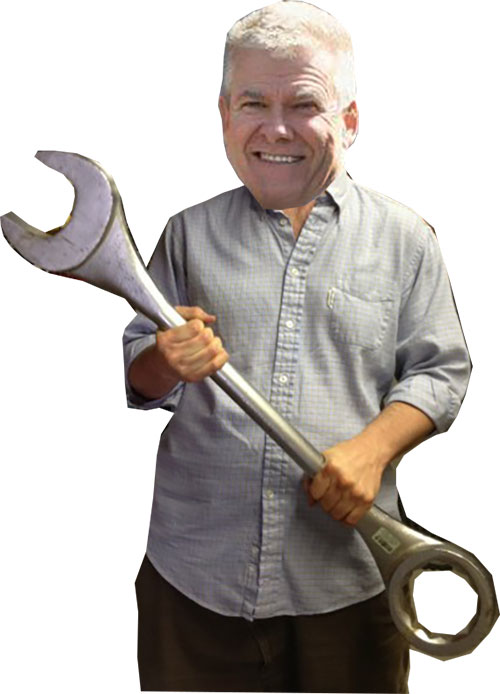 The big (BIG) news today in Colorado politics is State Sen. Tim Neville embarking on a “listening tour” in preparation for a run for U.S. Senate in 2016. Considering the number of events — across the state — that Neville already has planned, it’s a safe bet that he’s already heard enough to convince him to seek the Republican nomination against incumbent Sen. Michael Bennet (D-Denver).

As we wrote earlier today when news was breaking about Neville’s likely candidacy, this is a decision that throws a giant wrench into the entire process by which Republicans had been trying (and failing) to recruit a top-tier Senate candidate for 2016.

Colorado political news in the last week has largely been focused on efforts by Republicans to recruit Arapahoe County District Attorney George Brauchler into the 2016 Senate race. Senator Cory Gardner (R-Yuma) is among those in the GOP publicly pushing for a Brauchler candidacy, as he told Politico on Tuesday:

“I think if he ran for the Senate, he’d be someone who a lot of Republicans could get behind — including myself,” said Sen. Cory Gardner (R-Colo.), who unseated Democratic Sen. Mark Udall in a hotly contested race last year. “I think there are a lot of people who are very interested in this race. I think a lot of them are waiting on George Brauchler.” [Pols emphasis]

Republicans have already been through 15-20 different names in their search for a 2016 Senate candidate, so there couldn’t have been a lot of people waiting on Brauchler. We started to hear over the last couple of days that Brauchler was not comfortable being pushed to make a decision on a Senate run after just concluding the Aurora Theater Shooting Trial, and now that Neville has signaled his intentions, Brauchler can bow out of the race without leaving Republicans searching for a candidate.

In fact, we’d go so far as to say that Brauchler probably should decline a Senate bid now that Neville is involved; beating Bennet in a General Election is a big feat in itself, but first beating Neville in a Republican Primary is another matter altogether. Brauchler can run for re-election as District Attorney in 2016 if he doesn’t chase a Senate seat, and then take his time in preparation for a 2018 run for Governor — which is what Brauchler really wants. This option is a no-brainer now that Brauchler can no longer count on a relatively-uncontested GOP Primary for Senate; Brauchler could lose to Neville in a Primary and not even keep his seat as District Attorney, and his political career would effectively be off the rails for years to come. A loss to Neville all but guarantees that Brauchler wouldn’t be able to mount a serious campaign for Governor two years later.

We’ve long thought that it was probably only a matter of time before somebody scratched out the math on a napkin and realized that Neville can win a Republican Primary. With heavy support in bellwether Jefferson County, and with his son, Rep. Patrick Neville, working Republicans in Douglas County, Neville has two of the most important (and largely-populated) counties in his pocket. Neville would almost certainly have the support of Rocky Mountain Gun Owners (RMGO) as well; he has a strong relationship with RMGO head Dudley Brown, and one of Neville’s sons works as RMGO’s political director. Finally, Neville is a darling of the religious right. Any way you look at it, Neville would be the frontrunner in a GOP Senate Primary, where he is far more likely than Brauchler to attract the support of the Tea Party groups and other reliable Republican supporters.

Can Neville beat Bennet in a General Election? That’s an analysis for another day. All that matters right now is that Neville can win a Republican Primary, and his presence may be enough to essentially clear the GOP field.