Get More Smarter on Wednesday (Sept. 2)

Today is the 70th anniversary of V-J Day. It’s time to Get More Smarter with Colorado Pols! If you think we missed something important, please include the link in the comments below (here’s a good example).

► President Obama picked up a major foreign policy victory with the news that Senate Democrats have the votes to support the adminstration’s nuclear deal with Iran. Colorado Sen. Michael Bennet (D-Denver) has not taken an official position on the deal, but it now appears likely that he won’t have to make a decision one way or the other.

► Environmental groups are pushing back against attempts by Colorado Attorney General Cynthia Coffman to sue the EPA over new clean power regulations. From the Durango Herald:

“This is the time for Coloradans to stand up and let their decision-makers know they are ready to see them stand up and act on climate and tackle the pollution that’s causing this problem,” she said.

According to Stevens, the EPA’s plan will add jobs in the clean-energy sector and eventually cut utility bills by almost $100 per year, on average. She adds that the plan allows states to decide where and how to reduce emissions from existing power plants to meet EPA targets.

► It’s becoming more and more difficult for supporters of TABOR, the so-called “Taxpayer’s Bill of Rights,” to continue offering a defense for this broken policy. According to a study from Colorado State University, 80% of Coloradans actually pay more in taxes because of TABOR — not less.

► Kim Davis, the Kentucky county clerk who continues to violate the law by refusing to issue marriage licenses for LGBT couples, isn’t exactly a beacon of virtue herself:

The Kentucky county clerk facing potentially stiff penalties for refusing to issue same-sex marriage licenses has been married four times, raising questions of hypocrisy and selective application of the Bible to her life.

The marriages are documented in court records obtained by U.S. News, which show that Rowan County Clerk Kim Davis divorced three times, first in 1994, then 2006 and again in 2008.

On Tuesday, attorneys with the ACLU asked that Davis be found in contempt of court for failing to comply with the Supreme Court. 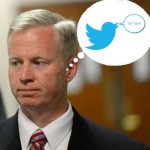 ► Arapahoe County District Attorney George Brauchler, who is considering a run for U.S. Senate, says that he views himself as being more like former Republican Senate candidate Ken Buck than current GOP Sen. Cory Gardner.

Elsewhere, Brauchler will not face professional sanctions over his infamous courtroom Tweeting during the Aurora Theater Shooting Trial.

► The Colorado Department of Health has a response for Republican legislators demanding that they investigate Planned Parenthood:

Upon review of your letter, we note that your request is based solely on a reference to a brief and edited video distributed by the Center for Medical Progress.We appreciate your concerns and are committed to upholding the laws we are charged with enforcing. At this time, CDPHE has received insufficient information to commence an investigation.

In other words, knock it off.

► Colorado Attorney General Cynthia Coffman continues to show her indifference to silly things like “laws” and “rights.” Coffman is now pushing for a permanent ban on demonstrations and gatherings outside of the Denver courthouse, because the First Amendment is really up to her own interpretation.

► The City of Fort Collins remains opposed to the Northern Integrated Supply Project (NISP) and the Glade Reservoir. Critics of a plan to build new water storage facilities say that NISP won’t solve the fundamental problem of water shortages; you can’t store water that doesn’t exist.

► Don’t call it an “off-year election” in Boulder, where voters will have to decide on no fewer than seven ballot measures in November.

► The slow death of Rick Perry’s Presidential campaign continues. The former Texas Governor has effectively pulled out of competing for Republican Primary voters in New Hampshire.

► She’s not dead yet. Republican Presidential candidate Carly Florina may get to participate in the Sept. 16 CNN debate after all.