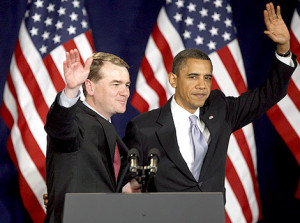 Critics of the Iran deal believed the August congressional recess was their best chance to scuttle the nuclear accord, as wavering lawmakers returned home to angry protesters and a barrage of TV ads. The longer the deal hung out there, they figured, the worse it would be for President Barack Obama.

Instead, the monthlong break has been a major bust…

The anti-deal side also enlisted prominent former lawmakers, like ex-Democratic Sens. Joe Lieberman and Mary Landrieu, to head up opposition groups, ginned up letters from retired military leaders and sent well-connected donors and activists to personally meet with Democrats still on the fence.

None of it has worked. Instead, a parade of House and Senate Democrats — even in red states — came out in favor of the deal. That eight-figure TV ad campaign has moved few, if any, Democratic lawmakers, and dovish groups like MoveOn.org are experiencing a surprising victory. 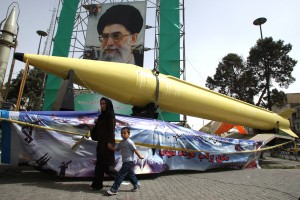 Early in the month of August, the question being debated by the pundit class was whether President Barack Obama could marshal enough support for the “P5+1” nuclear weapons agreement with Iran to prevent an override of his veto of what everyone expected would be a motion of disapproval passed out of the GOP-controlled Congress.

Today, a veto override looks completely out of reach, and the question is now whether President Obama will have to veto anything. Key to that question is an undecided ally of Obama’s and Senator from Colorado, Michael Bennet–whose caution stems from being one of the only Democratic Senate seats needing protection in 2016, and may just now be getting comfortable with the idea of supporting the agreement as the opposition fizzles:

Iran deal opponents need only four of 14 undecided Democratic senators to put President Barack Obama in the awkward spot of vetoing an attempt to scuttle a crowning foreign policy achievement. That’s set off a complicated race between hawks and the White House to win over an eclectic group of senators, each with his or her own particular concerns…

The sole vulnerable Democratic senator up for reelection in 2016, Bennet faces an added layer of pressure that’s made him a prime target for both sides ahead of the Senate vote in September.

“I have come to the conclusion that there is not a better deal available,” he said at an energy event in Denver, though he added he’s still making up his mind. “We are faced with a lot of bad choices now because we eliminated a lot of choices along the way.”

Bennet’s slow arrival at support for the Iran nuclear agreement may not go down as a profile in courage, but it’s very important to the White House’s whip count going into any vote on a resolution to disapprove the treaty. Even as opponents to this agreement have dramatically ramped up the scare tactics through the August recess, warning in hyperbolic terms of the risks of negotiating with Iran, they have failed to develop the kind of meaningful pressure to either peel off supporters of the deal or turn a sufficient number of undecided lawmakers into opponents.

In the end, if Congress can’t even pass a bill disapproving the Iran treaty, let alone override its inevitable veto, the extreme fearmongering rhetoric used to oppose it is going to look awfully silly. And they’ll have no one to blame but themselves. By failing to stoke enough opposition to kill the deal, and also failing to offer any alternative beyond the broken status quo or war against Iran, the treaty’s mostly Republican opponents have made themselves irrelevant to the final outcome.