What kind of rotten decision-making process did CSU use in suspending the use of some fetal tissue? 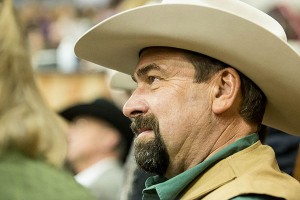 If you take a close look at Colorado State University President Tony Frank’s July 23 decision to suspend the school’s use of fetal tissue from vendors “implicated in the Planned Parenthood investigation,” you’re left wondering what kind of strange and half-assed process the University implemented in making its new policy.

There’s of course the overarching fact that journalists are saying Planned Parenthood has broken exactly zero laws, and you can be pretty sure that, if laws had been broken, the undercover anti-choice video tapers would have provided the evidence by now.

But beyond that, the description of the process by which CSU arrived at its decision, as described in Frank’s letter to Rep. Doug Lamborn (R-CO Springs), raises serious doubts about whether the process was fair. (Lamborn had complained to Frank about CSU’s fetal-tissue policies.)

Frank: Since receiving your letter, I have reviewed the video that was released by the Center for Medical Progress; sought clarification on the points of law you’ve raised; and discussed the issue further with Colorado state Senator Kevin Lundberg, who provided additional insight. We also convened our Bioethics Advisory Committee to assess the known facts and make a recommendation directly to me regarding University practices going forward.

Frank “reviewed” the heavily edited video? He talked to Lundberg! Lundberg is a passionate advocate to be sure, but he  happens to be one of the least objective sources you could find in the entire state of Colorado, when it comes to abortion issues.

Frank makes no mention that he talked to any entity that might have given him Planned Parenthood’s perspective–and he writes as if he may not have even reviewed the unedited version of the Center for Medical Progress’ video.

CSU’s public-relations office isn’t taking questions from me, though it provided copies of the documents linked in this blog post.

Why do I think they have no clue? Take a look at their key recommendation, as stated in the Committee’s July 22 letter to Frank:

The committee recommends that CSU suspend acquisition of fetal tissue from StemExpress or any other vendor in question with Planned Parenthood until the congressional investigations are concluded and there is affirmation that all vendors used by CSU under NIH support are in compliance with federal law regarding the acquisition and use of fetal tissue.

I’m sorry, but this is a ridiculous recommendation, and it was adopted happily by Frank. First, using congressional investigations as a litmus test for innocence is completely absurd, because we all know they are often initiated and terminated for reasons that have everything to do with politics and nothing to do with the rule of law.

And are congressional investigations “concluded” in any rational manner or time frame? Nope.

And whose affirmation is the bioethics committee going to rely on to clear the vendors of wrongdoing? The vendors used by NIH are already affirmed by NIH to be in compliance.

I’m not saying CSU’s Bioethics Advisory Committee is opposed to fetal-tissue research. In fact, you can see from their letter to Frank that they’re strong supporters, and they want it to continue. But the politics is beneath them, and their judicial process–along with Frank’s–appears to be rotten.