Won’t Someone Think of the Children? 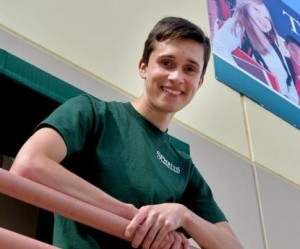 Recent controversial incidents between right-leaning administrators at Colorado public schools and students that we’ve covered in this space have not resolved themselves in favor of the rights of the students. Briefly revisiting a story we noted a few weeks ago, the valedictorian of this year’s graduating class at Twin Peaks Charter Academy who was prevented from mentioning in his valedictory address that he is gay, where an inquiry commissioned by the school found no wrongdoing on the part of the school’s principal:

The Longmont charter school has come under fire from advocates and U.S. Rep. Jared Polis, D-Boulder, for preventing valedictorian Evan Young, 18, from giving a graduation speech in which he planned to out himself as gay.

Additionally, Young and his father have alleged that the man who made that decision, since-departed school principal BJ Buchmann, also outed Young to his parents.

Attorney William Bethke, who was hired by the Twin Peaks board, wrote in his 24-page report that schools can legally “exercise editorial control” over graduation speeches as long as the school’s action is “reasonably related to pedagogical concerns.” Those concerns may include “discipline, courtesy and respect for authority.”

The investigator concedes that the now-ex principal of Twin Peaks Charter Academy was “distinctly uncomfortable” with the student in question coming out as gay during the speech, but claims a larger “communication breakdown” led to the censoring of his speech. We’ve noted previously the role of far-right attorney Barry Arrington with this school, and other anecdotes we’ve heard that suggest Twin Peaks Charter Academy may be a thiny-veiled religious school masquerading as “public” to obtain public funding. The board of the school sent a letter to parent in response to this investigation that blasts outsiders’ attempts “to push their own political agendas.”

But isn’t being “distinctly uncomfortable” with a gay valedictorian a pretty clear expression of a political agenda?

The second case concerns the investigation of an incident at a Jefferson County school board meeting last May, in which a minor student’s name was displayed on an overhead projector while board chairman Ken Witt attacked the student as “racist” and declared that he would not meet with any group that included said student. Parents and teachers in attendance cried foul and demanded an investigation to determine if laws or district policies were broken. We were forwarded the result:

The discussion on the matter lasted approximately two minutes and during the discussion a public, social media posting of the student was displayed for 25 seconds. From the time Mr. Witt directed Ms. Neal to project the image through the time it was displayed during the meeting, the conversation focused on getting student voices to Board meetings with a suggestion from Ms. Dahlkemper to consider an approach similar to Denver Public Schools’ Board of Education. No discussion or reference was made to the image of the student while the social media posting was displayed. Of the five Board members present, none of them called into question the comments or the appropriateness of the display of the student post during the meeting. Because the posting displayed was from a public social media site and not a school maintained record, FERPA and District Policy JRA/JRC were not violated as FERPA only protects the privacy of student education records.

The complaining parties allege that Mr. Witt’s behavior constituted harassment and/or bullying and therefore Mr. McMinimee and Mr. Hess had an affirmative duty to intervene and stop the harassment and/or bullying. Policy JBB, Harassment of Students, explicitly prohibits “harassment based on an individual’s race, color, religion, national origin, ancestry, sex, sexual orientation, or disability.” The investigator concluded Mr. Witt did not violate this policy because there “is no indication that his attention to the issue was in any way related to a protected status of a student.”

In short, the investigation of this incident appears to validate the idea that board members in Jefferson County can say whatever they want to students as long as the students are not a member of a specifically protected class and official academic records aren’t being shared. By all accounts we’ve heard, the singling out of this minor student for baseless allegations of racism was a highly confrontational and inappropriate act by Witt. Critics of the board say the investigation’s scope was tightly controlled to avoid, among other things, the emotional distress Witt’s statements inflicted on the minor student.

In Longmont, the principal responsible for censoring the Twin Peaks Charter Academy valedictorian’s speech has since left the school. In Jefferson County, the alleged bullying of a minor student by Ken Witt has become part of a much longer list of grievances against the school board majority driving the recall election now underway. Without any other apparent remedy, the recall in Jefferson County may be the only check and balance left to protect students from a hostile, even abusive, school board.

In both cases, we think the highest priority of the adult officials involved–the kids–were tremendously disserved.