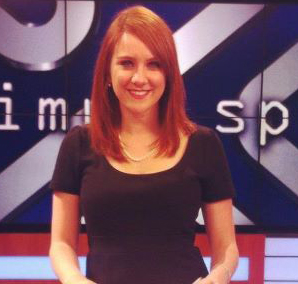 Back in May, we took note of a particularly troubling development in the aftermath of the 2012 mass shootings at the Century Theater in Aurora. The parents of Jessica Ghawi, one of the theatergoers killed when James Holmes opened fire in a packed movie theater on July 20, 2012, are facing dire financial straits after their lawsuit against online ammunition and body armor dealers who sold Holmes items used in the Aurora shooting was dismissed.

Under a Colorado law passed as a Republican “backlash” against stricter gun control measures following the 1999 Columbine High School massacre in Littleton, House Bill 00-1208, requires the immediate dismissal of any lawsuit brought against firearm or ammunition dealers, and further requires (using the term shall as opposed to may) that the judge order the plaintiffs in that lawsuit to pay the gun dealer’s legal fees. The problem in this case is that the suit filed by Lonnie and Sandy Phillips was not frivolous, investigating legitimate questions of liability arising from the online sale of ammunition and other dangerous products. Critically, the suit also sought no monetary damages–just a change in business practices by online gun and ammunition dealers.

Following another shooting incident at a theater in Louisiana last week, the Phillipses appeared on MSNBC’s News Nation with Tamron Hall, and disclosed that they now face bankruptcy over the $200,000 judgment against them. For all the publicity surrounding the Aurora shooting and trial underway now, the plight of the Phillips family has received very little press attention, and Hall expressed shock at learning the details of their case:

The main argument from supporters of the gun dealers seeking money from the Phillips family is that they were given legal assistance by the Brady Center to Prevent Gun Violence. They assert that the Brady Center should pay the gun dealers, since obviously it would not be very good press for said gun dealers to start seizing assets of the parents of someone their products were involved in killing. At the end of the segment, Sandy Phillips addresses this question with Tamron Hall directly, asking “would you be willing to pay one penny to the people who helped murder your daughter?”

Because further appeals of the judgment dismissing their lawsuit would only expose them to further liability, the Phillipses say they are dropping their appeal to seek a legislative remedy. Repealing Colorado House Bill 00-1208, or at least modifying its punitive “shall award” language to allow for the possibility of a legitimate case against gun dealers at some point in the future, could perhaps be called a happy ending.

With the obvious caveat that there are no happy endings to this tragic story.