Cory Gardner To Prove 2014 Abortion Attacks Were All True

Anti-abortion news site LifeNews.com reports on the movement of the 20-week abortion ban bill, which passed the U.S. House in mid-May, to the GOP-controlled Senate:

The lead Senate sponsor of the pro-life bill that bans abortions from after 20-weeks of pregnancy up to the day of birth will introduce the legislation next week. Last month, the House of Representatives voted 242-184 for the Pain Capable Unborn Child Protection Act.

“The operative language of the proposal that Senator Graham intends to introduce is the same as the Pain-Capable Unborn Child Protection Act as approved by the House of Representatives on May 13 (H.R. 36, as revised by the Franks Substitute Amendment),” NRLC says in its letter. “Like earlier versions of the legislation, the House-passed bill extends general protection to unborn children who are at least 20 weeks beyond fertilization (which is equivalent to 22 weeks of pregnancy — about the start of the sixth month).”

The experts say that, all other arguments for or against abortion notwithstanding, there’s just no solid evidence to back up the claim that fetuses “feel pain” when a woman’s pregnancy reaches 20 weeks. Factcheck.org dug into this claim in detail after the passage of this legislation in the House last month:

Research on the topic has centered around the stages of brain and nervous system development, and what is known regarding the processing of pain in the brain. We reviewed the literature and spoke with several experts, and we conclude that a firm starting point for pain in the developing fetus is essentially impossible to pin down, and that definitive claims regarding pain perception at 20 weeks are unfounded. [Pols emphasis]

Once you accept that the 20-week cutoff in this legislation is arbitrary, the only justification for the bill beyond the usual rote arguments against abortion falls apart. What this represents is another attempt by Republicans to restrict abortion rights–period. Media talking heads who just got done convincing voters that there is no “war on women” against reproductive rights by the Republican Party have nothing to say when asked about this renewed effort, except maybe to sheepishly note that President Barack Obama is certain to veto the legislation if it reaches his desk. 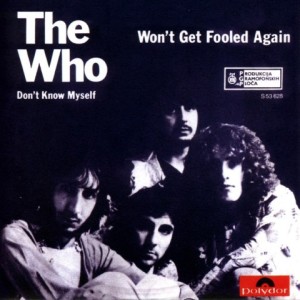 But with a presidential election looming next year, what kind of comfort is that to women? Not much. One of the GOP’s foremost slicksters on the issue of abortion, Sen. Cory Gardner, is all but certain to vote for this abortion ban bill. How will local Republican operative Laura Carno, as one example, react to that–after assuring Colorado voters last year:

Democrats seem intent on making this election about choice. What else explains the barrage of ads in the Colorado U.S. Senate race with the false narrative that a woman’s right to get a legal abortion is in jeopardy?

…[A] deafening barrage of political commercials is now telling women their reproductive rights are in danger. Let’s be clear: They aren’t. [Pols emphasis]

Not to mention the Denver Post’s endorsement of Gardner, which proclaimed unequivocally:

Well folks, as soon as Gardner votes for this legislation, these lies are all laid bare for the voters of Colorado to see. At the very least, that should make it harder for GOP apologists in the media to tell Colorado voters that what they can see with their own eyes in the records and statements of Republican candidates for office isn’t so. By running away from his anti-abortion past during the campaign, and then voting for this abortion ban bill within months of taking office, Cory Gardner may well destroy the ability of fellow Republicans in Colorado to replicate his success in the future.

At the very least, it will be hard to fool them again.